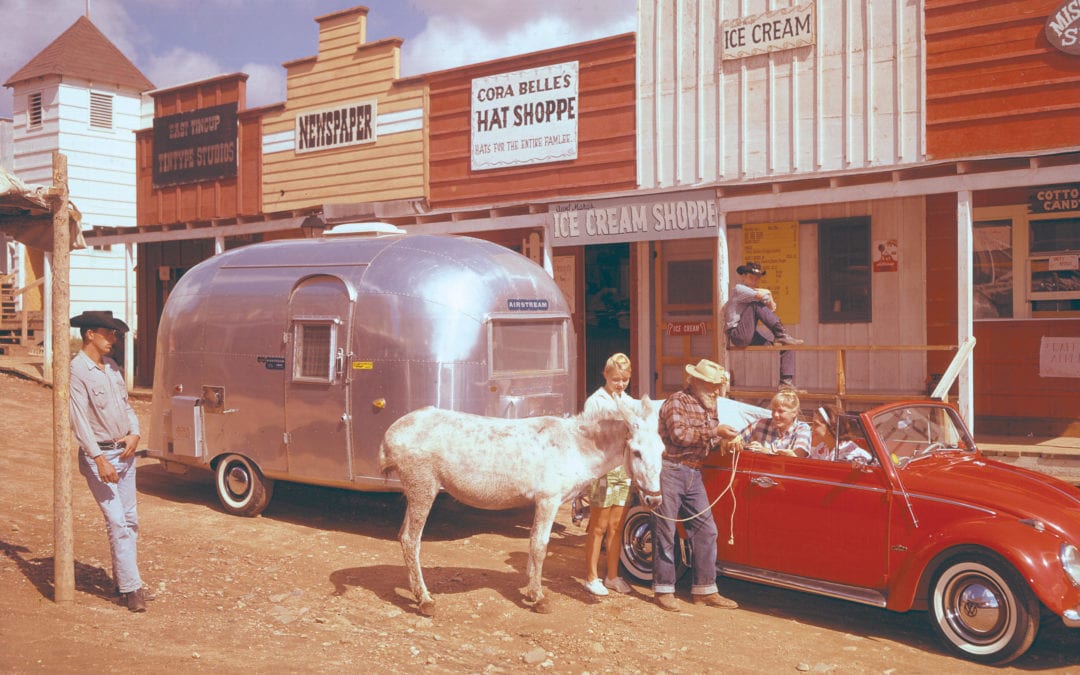 There’s nothing quite like vintage Airstreams. They’re sleek, they’re shiny, and they’re iconic. Because of their enduring appeal, they’re a top pick for those wanting to renovate a classic trailer. Patrick Botticelli is currently renovating a 1961 Bambi. He’s joining us to share some tips for Airstream renovations and some cool Airstream history. 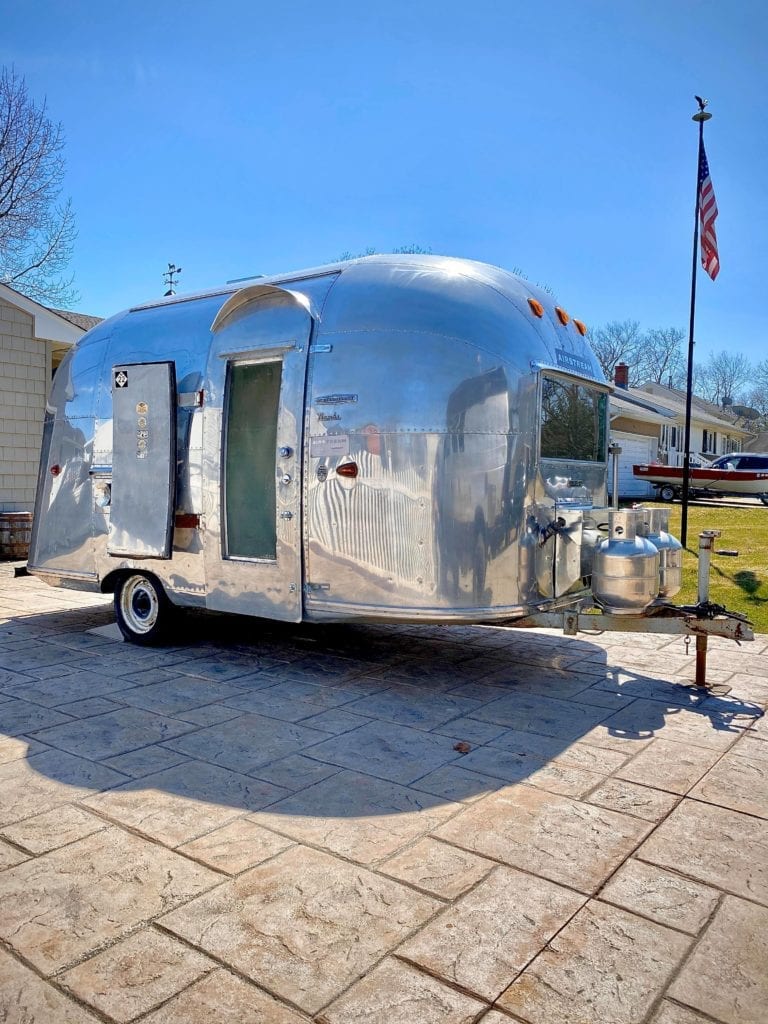 Patrick is the host of the New Jersey Outdoor Adventures channel on YouTube. He shares tours of all kinds of outdoor rigs, tiny houses, abandoned places, natural areas, and more. You will find some thorough videos of his Airstream renovations, which just might inspire you or help you tackle a project of your own. 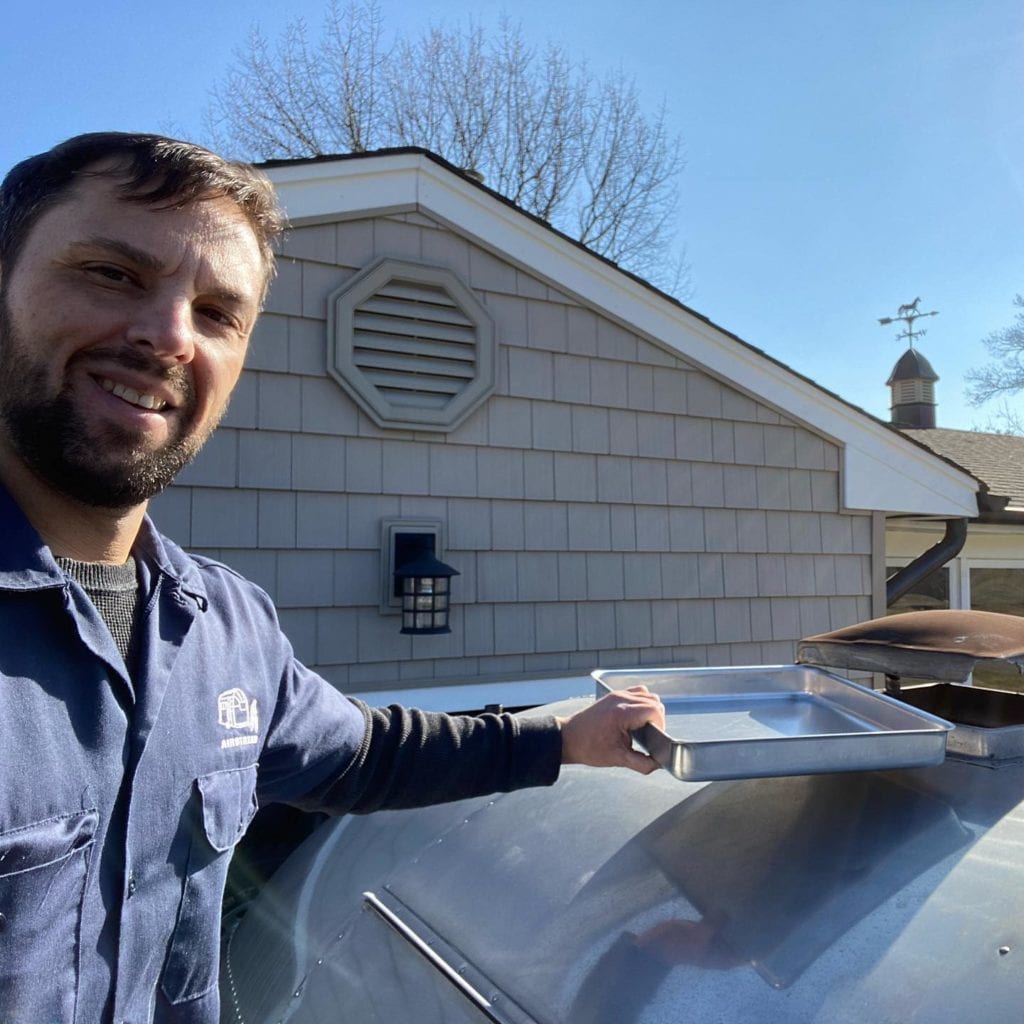 Patrick happens to be our neighbor and fellow RV enthusiast. In addition to the 1961 Bambi he is currently renovating, Patrick also has a 1997 Airstream van (and a 1972 vintage restored Bronco). Seriously, his driveway is the coolest in America.

Patrick is not just an Airstream hobbyist, he is a master certified Airstream salesman who works for Colonial Airstream, the top-volume Airstream dealer in the nation. Check out more of his videos on their channel. He previously came on the show to tell us all about the the 2020 Airstream Bambi and Caravel models.

While Patrick’s dealership is partially closed during the shutdown, Patrick has more a little more time on his hands. He’s putting it to good use working on his 1961 Airstream. We are excited to hear more about it.

To hear our full interview about Patrick’s Airstream renovations, click play on the media play above or look for The RV Atlas wherever you find your favorite podcasts.

The Origin of the Bambi

The Bambi’s story starts with Wally Byam’s (Airstream’s founder) worldwide caravan tours. Check out his travels from South Africa to Egypt in this amazing vintage footage! Wally recognized that not everyone had access to larger, more powerful vehicles, and he saw that gas prices could impede RV trailer. This inspired him to create the smaller, lighter trailers, starting with the Pacer in the 1950s.

In 1961, Airstream introduce the Bambi. It exhibited the characteristics of the miniature deer Wally had seen in Southwest Africa: speed, stamina, and sure-footedness. These were really small and really light models, with 13-foot bodies and an overall weight of 1850 pounds (dry). Check out the vintage photo at the top!

We found this letter, which introduced the Bambi line to dealers, to be utterly charming in its considerations of the advantages (and drawbacks) of the new model: 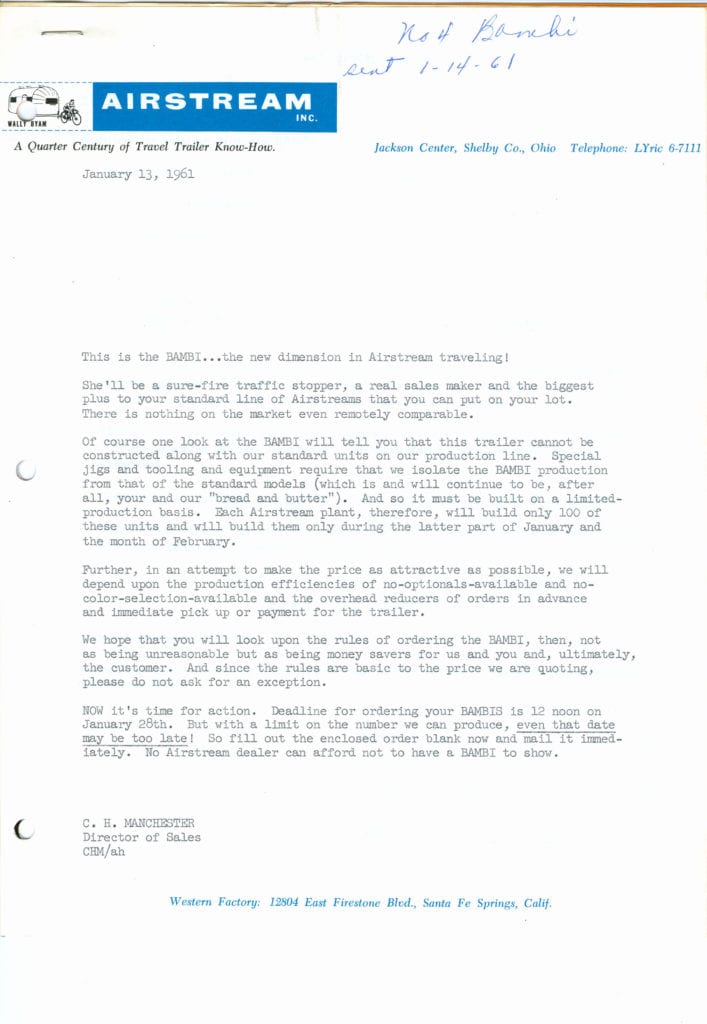 The original Bambi floor plans had a front lounge area, a kitchen, a bathroom, and sleeping space for two. Models came with a freshwater tank, black tank, water pump, refrigerator, 3-burner cooktop, a roof vent, gas furnace, gas water heater, a toilet, and a wet bath shower. It’s amazing to us what has and what has not changed!

The original Bambi was only offered in 1961, 1962, and 1963 before becoming the Bambi II, which offered more features and longer units. Since then, this beloved small trailer has been part of Airstream’s lineup in various forms.

How Patrick Found his 1961 Airstream Bambi 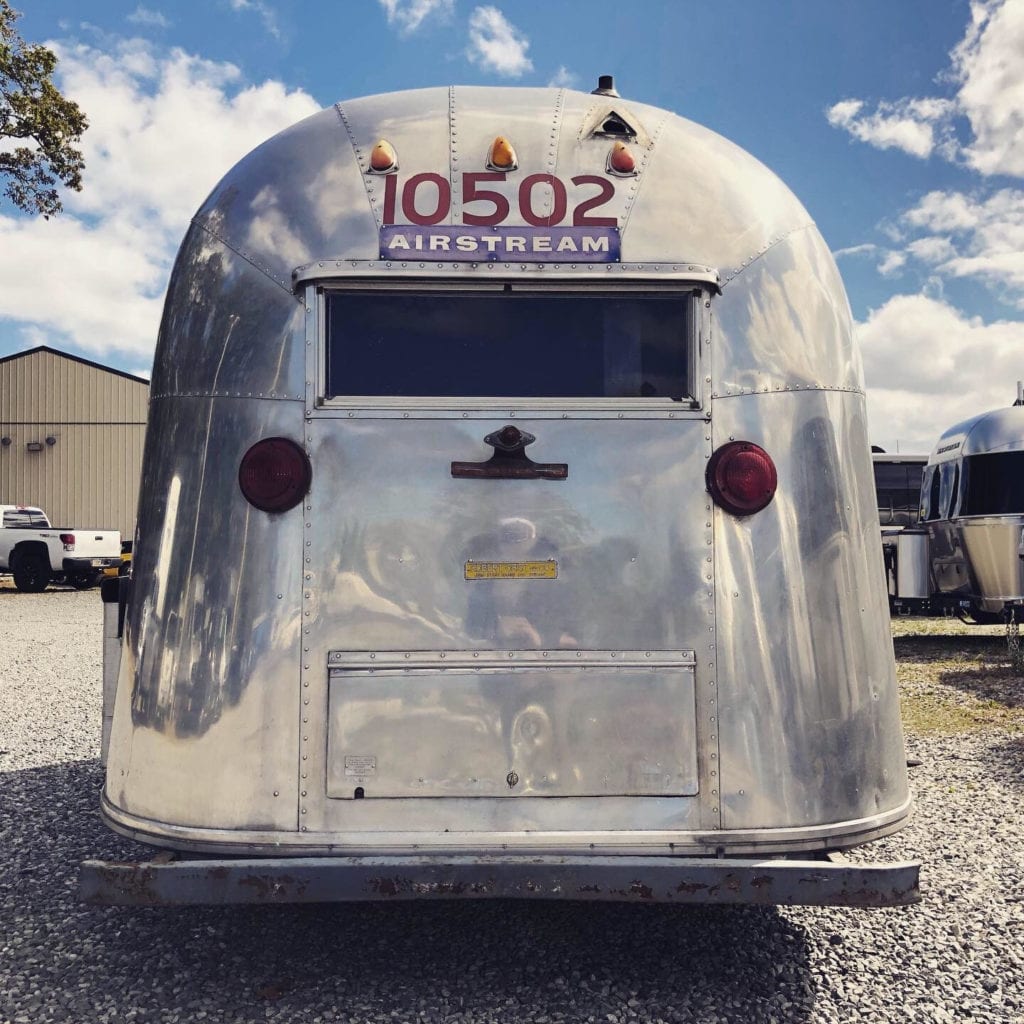 One problem in finding a vintage Airstream to restore is that so many have already been snatched up and renovated due to their popularity. It’s easy to find fully or partially restored units to purchase, but it’s much harder to find the diamond in the rough, a fully unrestored Bambi.

Competing plants in Ohio and California put out slightly different Bambi floor plans. Patrick prefers the Ohio floor plan, and it took him years to find an original, unrestored unit, but he finally did. He had an eBay alert set up on his phone to notify him whenever a 1961 Bambi came up for sale. On a whim, he put in a bid on one that popped up in Florida.

Patrick paid around $18,000 to purchase this 1961 Airstream Bambi, which sounds like a lot, but he knew it was worth it since he knows the potential worth of this iconic model. Also, we must point out that Patrick has some serious renovation chops. He wasn’t purchasing this as an introductory project. He’s restored other units and is knowledgable about the type of work and money involved in Airstream renovations.

If you are just looking for an Airstream to renovate, you can find newer models for MUCH cheaper. Patrick says you can get great deals on those models, and the investment in renovations is worthwhile if you are renovating for personal use. Newer models just do not have the same resale value as an iconic model. 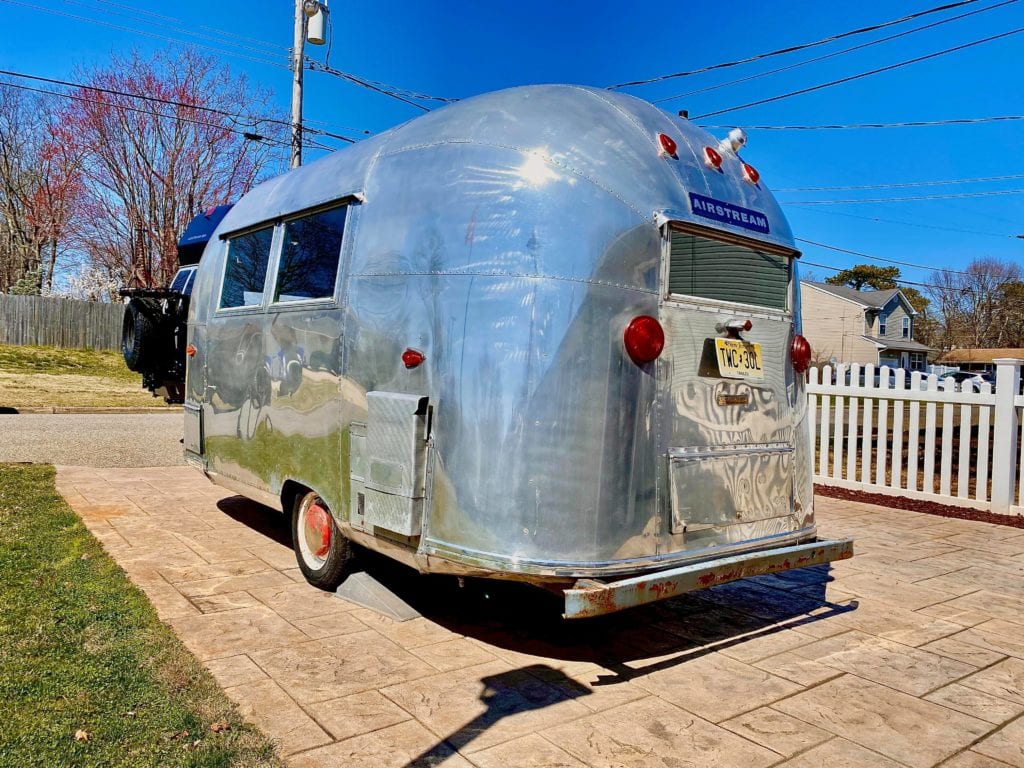 When Patrick’s 1961 Bambi (which he purchased sight unseen) arrived after its long trip from Florida to NJ, it was not love at first sight. It smelled. The flooring had buckled. It had been painted. Clearly, it looked better in the photos than in person. At first, Patrick thought he might just sell it and, even, take a loss.

But, the more he thought about it, the more he saw the potential. He realized it was a really cool trailer and that he could make it even cooler through renovation. After thinking through his vision and drawing up a lot of plans, Patrick was ready to begin. His plan is to first make the Bambi safe and functional by upgrading the batteries, electrical, and water systems. Then, he plans to make his Bambi comfortable.

We know Patrick has a ways to go to finish his Airstream renovations, but he was kind enough to share these pictures with us. Here’s the interior, which is in progress: 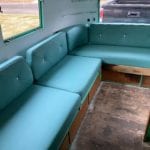 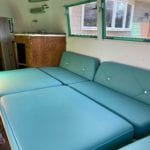 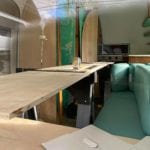 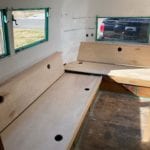 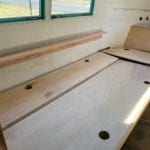 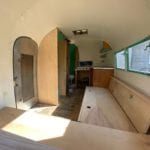 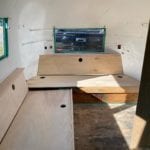 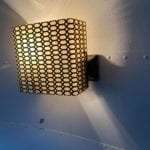 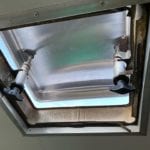 Here are some of the nifty exterior photos of Patrick’s beautiful Bambi: 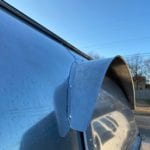 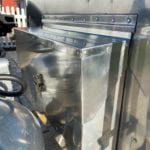 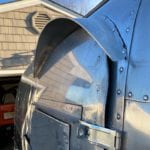 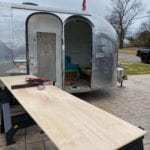 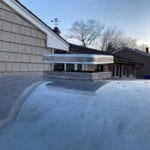 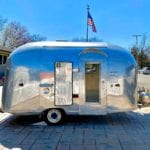 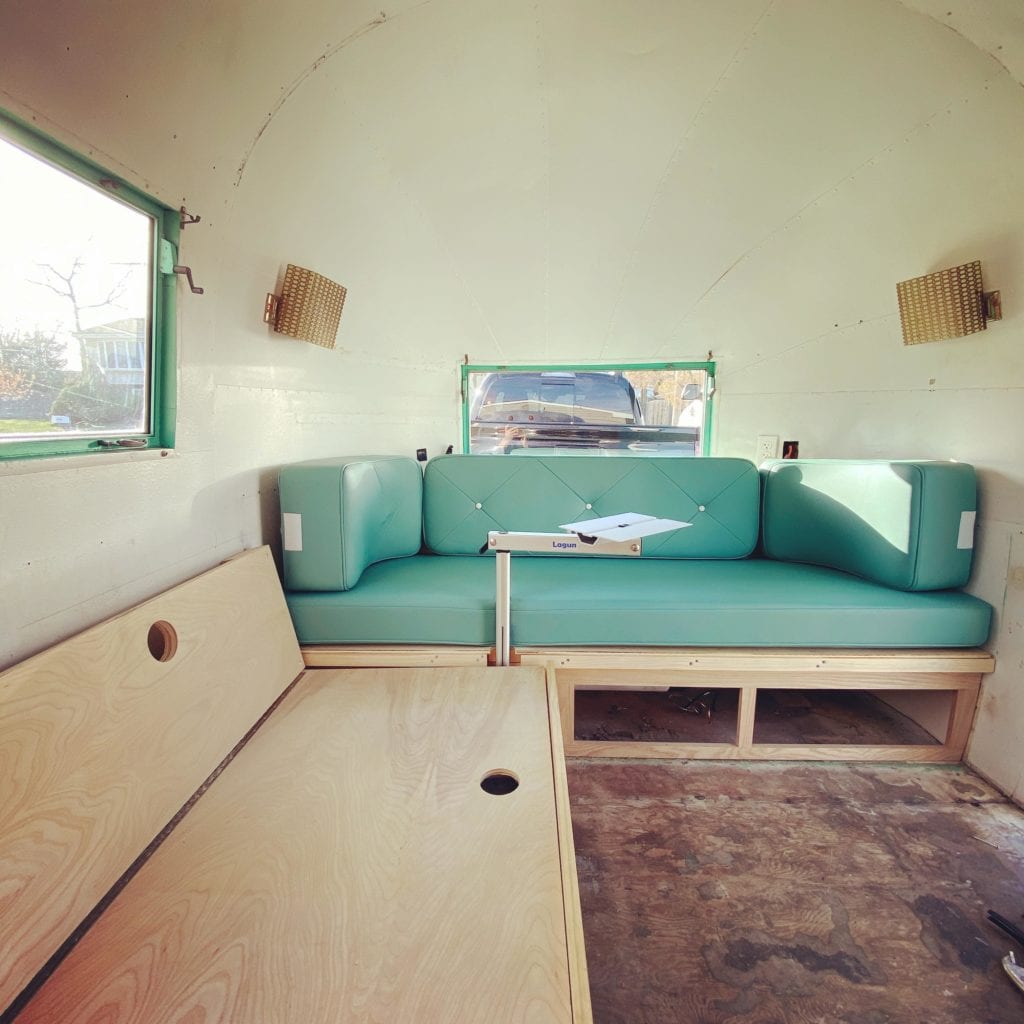 Patrick’s Plans for his Renovated 1961 Bambi

After finishing his Airstream renovations, Patrick plans to go camping in his 1961 Bambi–once! Perhaps more! He does have another camper to use, so this doesn’t need to be his main camper. Patrick dreams of cruising around town in his vintage Bronco with his vintage Bambi in tow. He also plans to display it at the Airstream dealership where he works, so others can enjoy this iconic trailer in its full glory.

We have really enjoyed having this conversation with Patrick. Don’t forget to check out his New Jersey Outdoor Adventures channel on YouTube. You can also follow him on Instagram (@pbotts) and on Facebook (Colonial Patrick and New Jersey Outdoors). We appreciate him sharing this special project with us!

5 Reasons We Love the Good Sam Guide to Towing
Max’s Five Favorite Campgrounds: A Fifth-Grader Dishes on the Best of the Best