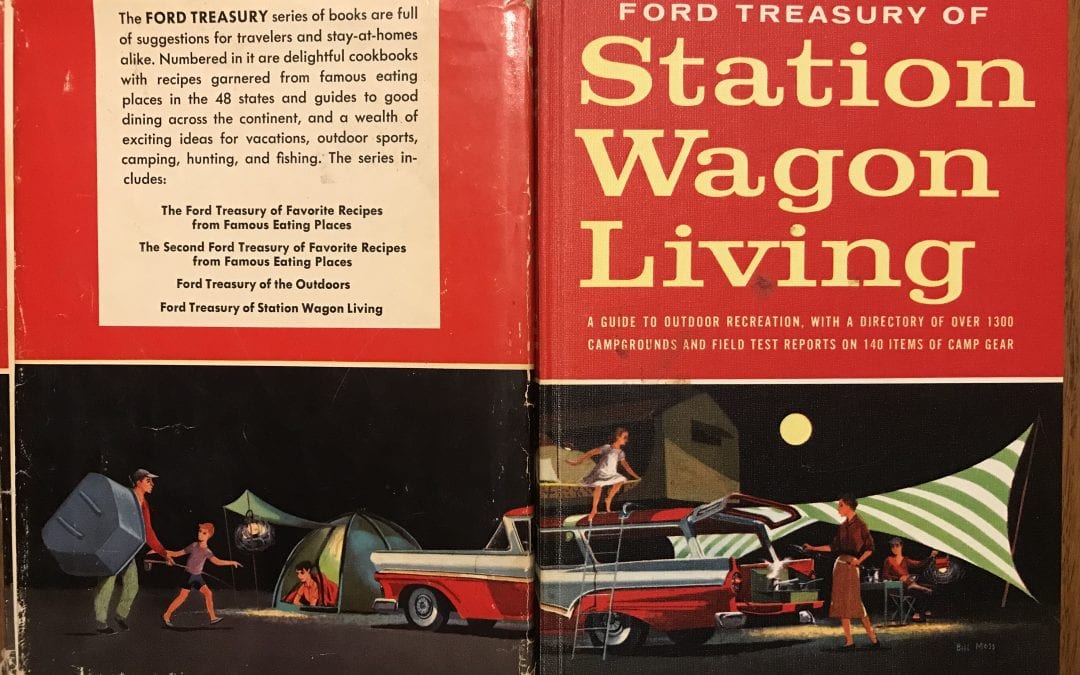 Back in the 1950’s “Station Wagon Living” was a thing, and the Ford Motor Company, through their brilliant and innovative use of content marketing, was there to lead the way.

The late 1950’s were an explosive period of growth for American camping and road trip culture.  It was a period of confidence, innovation, and exploration for the “greatest generation” of Americans that won World War II. Men and women like my grandparents, Edmund and Beatrice Nagle. They were having kids, making money, and hitting the road in record numbers to visit Mount Rushmore, Yellowstone and Yosemite. They had saved our country from despotism, and now they wanted to see its natural wonders. And see them in style.

Can you see their streamlined station wagons heading West? Can you see those chrome fenders and tailfins shining in the sun? 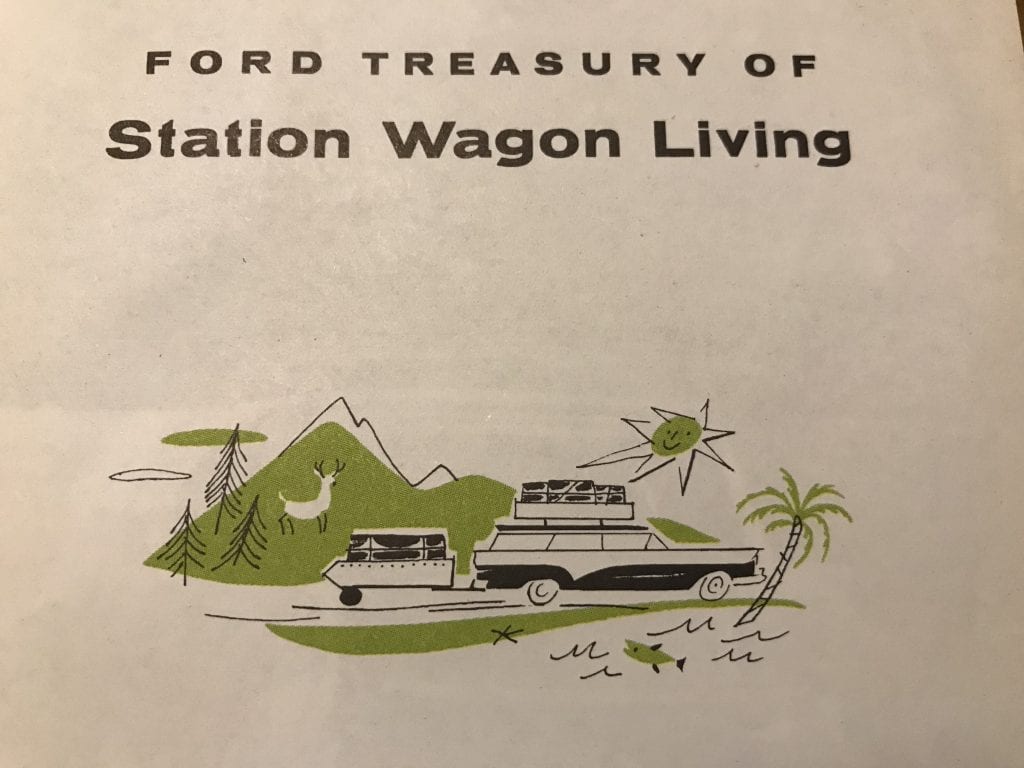 I can also imagine canoes strapped to roofs, trunks filled with camp stoves and lanterns. Plus seats filled with babies, sleeping bags, and coolers. 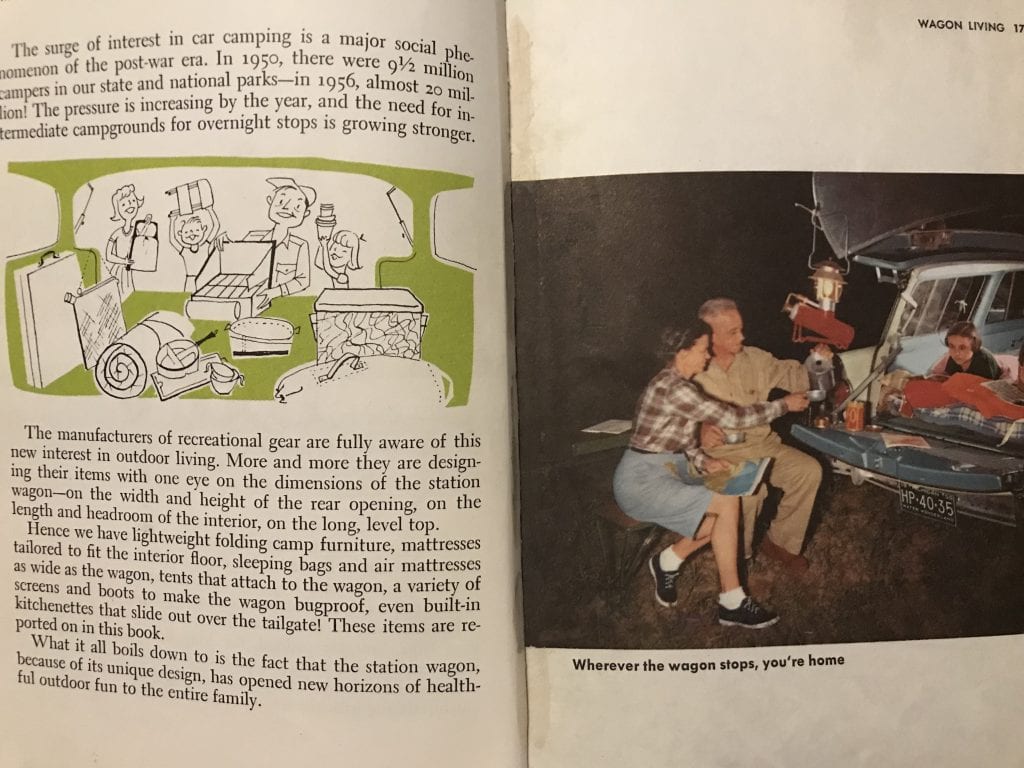 It’s easy for me to imagine these things so clearly because I have been reading an old copy of the Ford Treasury of Station Wagon Living, published by Simon and Schuster in 1957. It is an incredible example of what ad agencies now call content marketing. Because everything old is new again, right? The book’s sharp cultural writing, idyllic illustrations, and wide ranging field photography are powerfully nostalgic. Its yellowed pages serve as a sort of time machine. A time machine that has pulled me deep into America’s first golden age of camping.

The book’s inner flap reads like a clarion call for a generation eager to embrace its own prosperity and freedom.

Every year more and more people take to the outdoors as they discover the fun of driving away on picnics, fishing trips, outings, and vacations. This compact, handy book of 256 pages is just the right size to fit into the glove compartment of your car. It is crammed with illustrations and information about the variety of equipment and accessories now available that can transform the family station wagon into a combined hotel and hunting and/or fishing lodge.  –Ford Treasury of Station Wagon Living 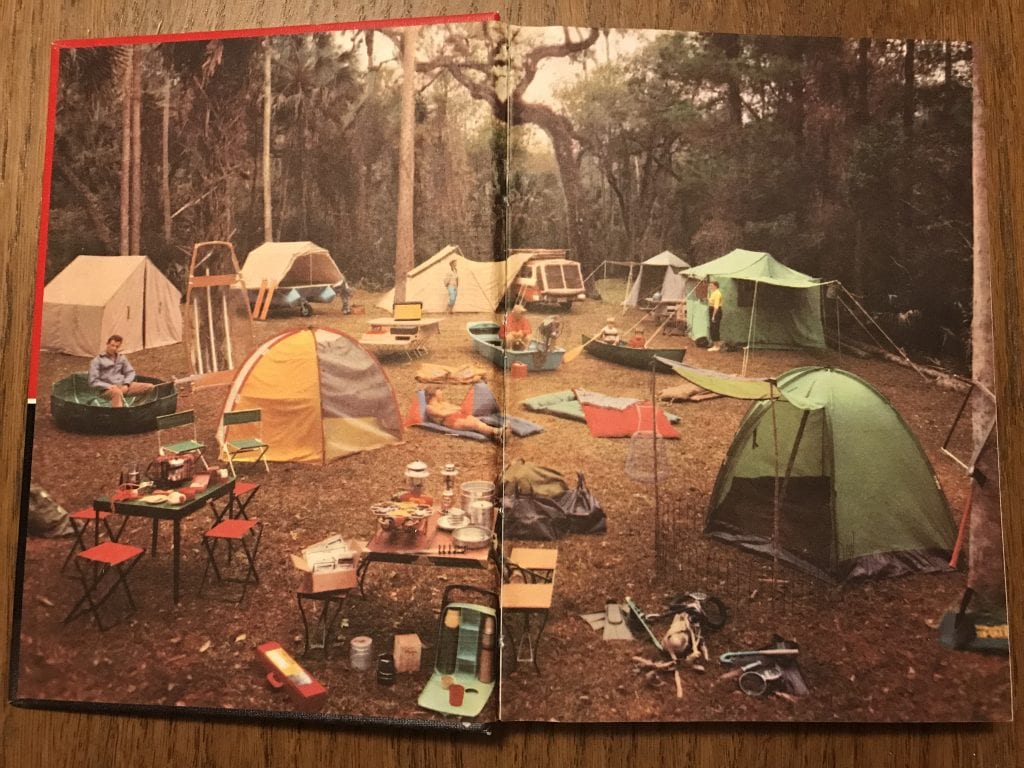 The book’s introduction describes the wagons and gear with high poetic style, capturing the spirit of a generation drunk on its own powers of innovation.

Hence we have lightweight folding camp furniture, mattresses tailored to fit the interior floor, sleeping bags and air mattresses as wide as the wagon, tents that attach to the wagon, a variety of screens and boots to make the wagon bugproof, even built-in kitchenettes that slide out over the tailgate! These items are reported on in this book.  —Ford Treasury of Station Wagon Living 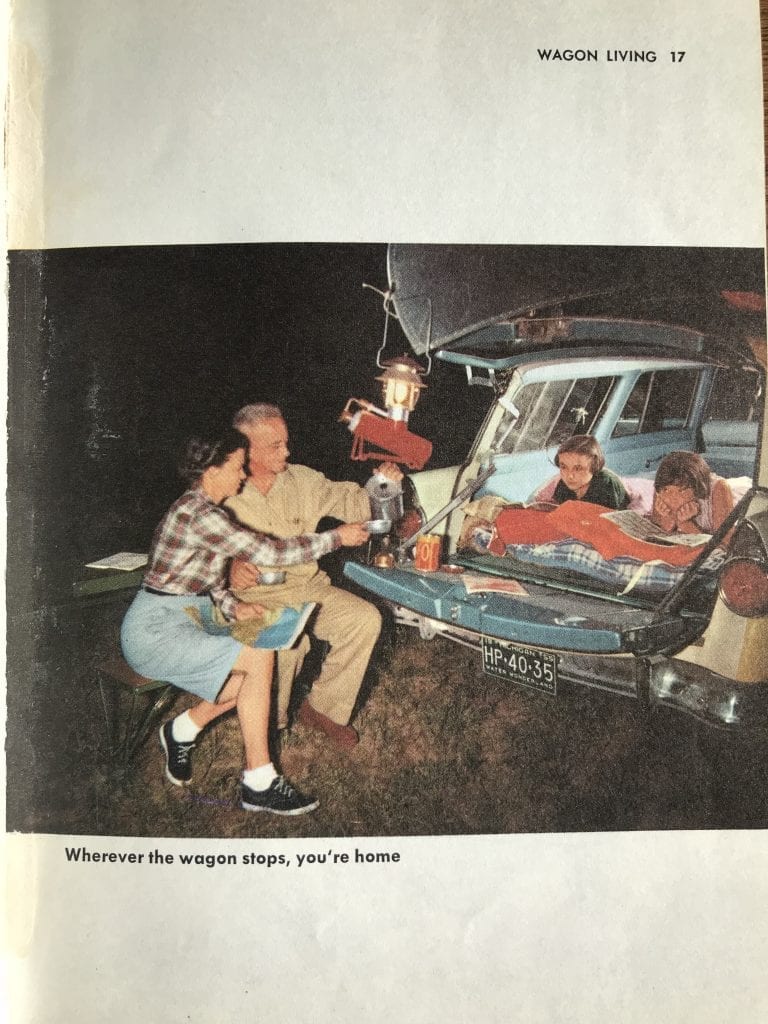 As are many other futuristic camping inventions.  For example, the “House Trailer on Land, Houseboat in the Water” made by Amphibian Ltd. in England and distributed by Wayne K. Johnson’s office on High St. in Nutley, NJ.  Also, “The Packet” a one man folding boat that weighed only 24 pounds. The editors of the Ford Treasury assure us that its “hollow ribs provide enough flotation so that the boat won’t sink.” I can hear that “real men of genius” jingle playing in the back of my head, can you?

The table of contents for Station Wagon Living is confident and all-inclusive. Ford clearly wanted the consumer to look upon them as an authoritative source for all things camping and road tripping. They also wanted to demonstrate that their station wagons were not just stylish, but designed (with the right accessories!) to convert into comfortable base camps for epic family adventures. The “Treasury” has chapters on “Packing and Loading, ” “Buying a Basic Outfit,” and for “For the Camp Chef.” Plus, “Household Gadgetry for the Car,” “For Hunters and Fisherman,” and many, many more.  Each chapter has illustrations, photos, checklists, and even recommended pricing for things like tarps, tents, and lamps. The book concludes with a nifty state-by-state guide to state and federal campgrounds complete with colorful maps.

Connecting the Past to the Present

I must confess, after spending a few hours reading it, I felt like I had discovered some kind of long lost spiritual ancestor to our own book, The Idiot’s Guide to RV Vacations. This powerful connection to the present also rang true for me in many other ways.

reinforced an idea that I have had since we started RVing eight years ago. The idea that we too are living through another golden age of American camping. The last decade has seen profound innovation in RV’s, tow vehicles, and camp gadgetry. There has even been incredible innovation in American campgrounds. At lease the private ones.

Our state and federal campgrounds have been woefully underfunded for years, and many are in disrepair. However, change is even in the air for those national treasures. It seems like their backlog of desperately needed repairs (amounting to hundreds of millions) may finally be addressed in a new National Park Restoration Fund that has my full stamp of approval.

Because the maintenance of our National Parks should not be a partisan issue. Period.

The Death of a Golden Age of American Camping

So what happened to that first great golden age of American camping? And what happened to Ford’s grand vision for “Station Wagon Living?” I think this golden age was killed off, in part,  by the disruptive cultural forces of the 1960’s. But a miscalcualtion on Ford’s part may have played a greater role. The fine folks from Detroit had tried to take ownership of American camping. But they had not anticipated the innovation of another great industry that was catching fire southwest of them–in Elkhart, Indiana.

Because the birth of every new golden age always has its roots buried deep in the death of another.

The warm glow of nostalgia from Station Wagon Living did not make me want to escape the present. I am not longing to gather around the ghostly lanterns and campfires of the past. Instead, it made me want to hitch up and head out into our own golden age of American camping–and maybe even play my own small part in it.

Who’s coming with me? 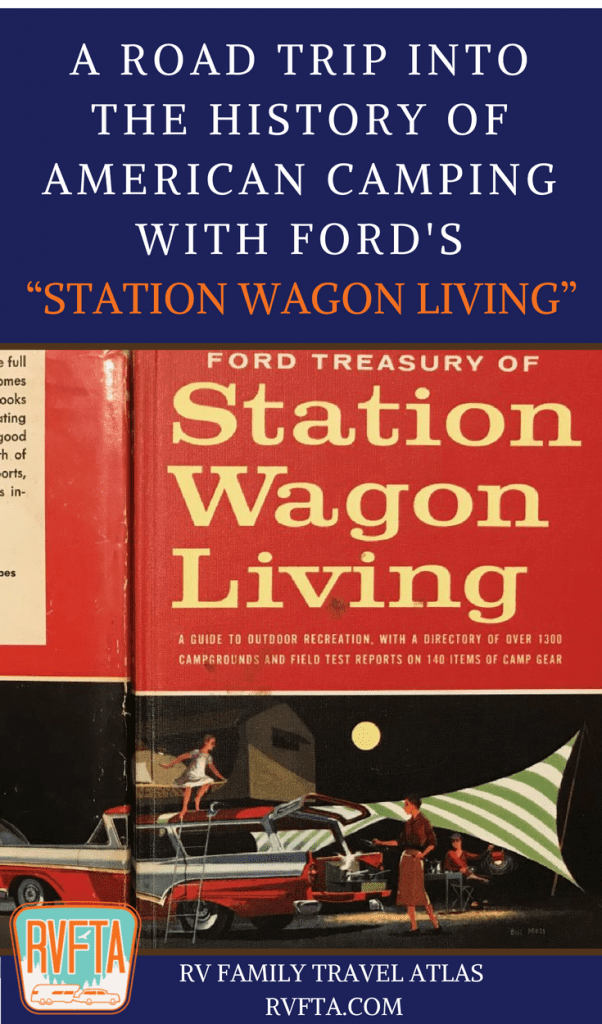 The Lazydays Difference: What RV Dealers Could Learn from the Lazydays Experience
Say Hello to a New Tiny Trailer: The Jayco Hummingbird 10RK

5 Reasons to Camp Close to Home
The RVFTA Coloring Contest: A Cure For the Winterization Blues
How to Camp Happy: Lessons from Four Years of RVing