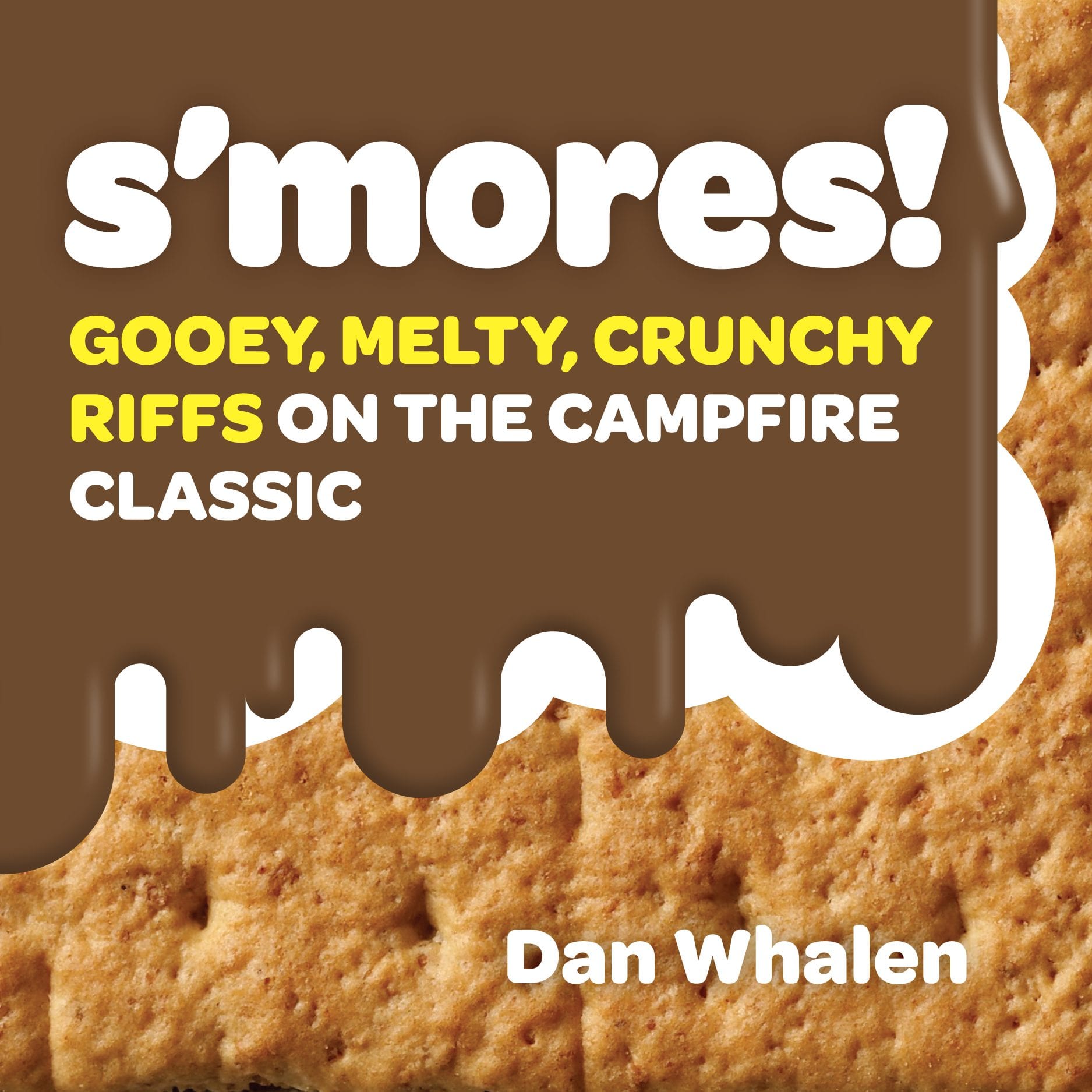 This summer’s cutest new camping book is undoubtably the bite sized S’mores! Gooey, Melty, Crunchy, Riffs on the Campfire Classic by Dan Whalen. It looks and feels like a S’more for goodness sake! The cover art is soft and fluffy like a marshmallow and all of the pages inside look good enough to eat.  For such a small book it clearly has big ambitions. What are those ambitions? Quite simply to redefine an iconic american treat that is forever linked with warm summer nights and crackling campfires. Not to spoil the ending, but by the last page this mission has clearly been accomplished with panache, joie de vivre, and a motorhome full of marshmallows.  We think every camper should own a copy.

Whalen is the “mad genius” recipe creator and author behind Tots! The Comfort Food Mash-Up Cookbook and Stuffed: The Ultimate Comfort Food Cookbook.  His latest and greatest recipes can be found on his popular blog, The Food in My Beard. It is a brave and hungry man who names his blog The Food in My Beard, and an even braver and hungrier man who willingly chooses a marshmallow as his muse. While Dan’s earlier books make a great entrée into his work, this new book is clearly his s’moresterpiece.

To listen to Dan chat with Jeremy and Stephanie about some of his craziest campfire concoctions please press play above, or check out the episode in your favorite podcast app!

S’mores starts out with Dan’s basic philosophy on this gooeymeltycrunchy treat, some tips on marshmallow cooking (not only over the campfire! Think stovetop, broiler, and even cooking torch!), and a short, but fascinating, history of America’s “most beloved campfire treat.” Who knew that the Graham cracker originated with a “fiery New England Reverend” who “blamed the carnal appetites of Americans on white flour?” I sure didn’t…

The real fun begins just a few pages after that unexpected history lesson. The bulk of this diminutive but daring book is split between two sections of S’mores recipes. The first section has 28 “classic” recipes that start simple and get more and more creative along the way. Early entries in this section include the “Nutella S’more,” the “Peppermint S’more,” and the Salted Caramel S’more while later entries include more playful recipes such as the “Gimme S’moreo,” the “Cannoli S’more” and the “Strawberry Shmortcake.” I will probably spend more time experimenting with this section of the book this summer and save the “crazy” recipes for next. I’m looking at Dan’s tour de s’mores as a two year course! 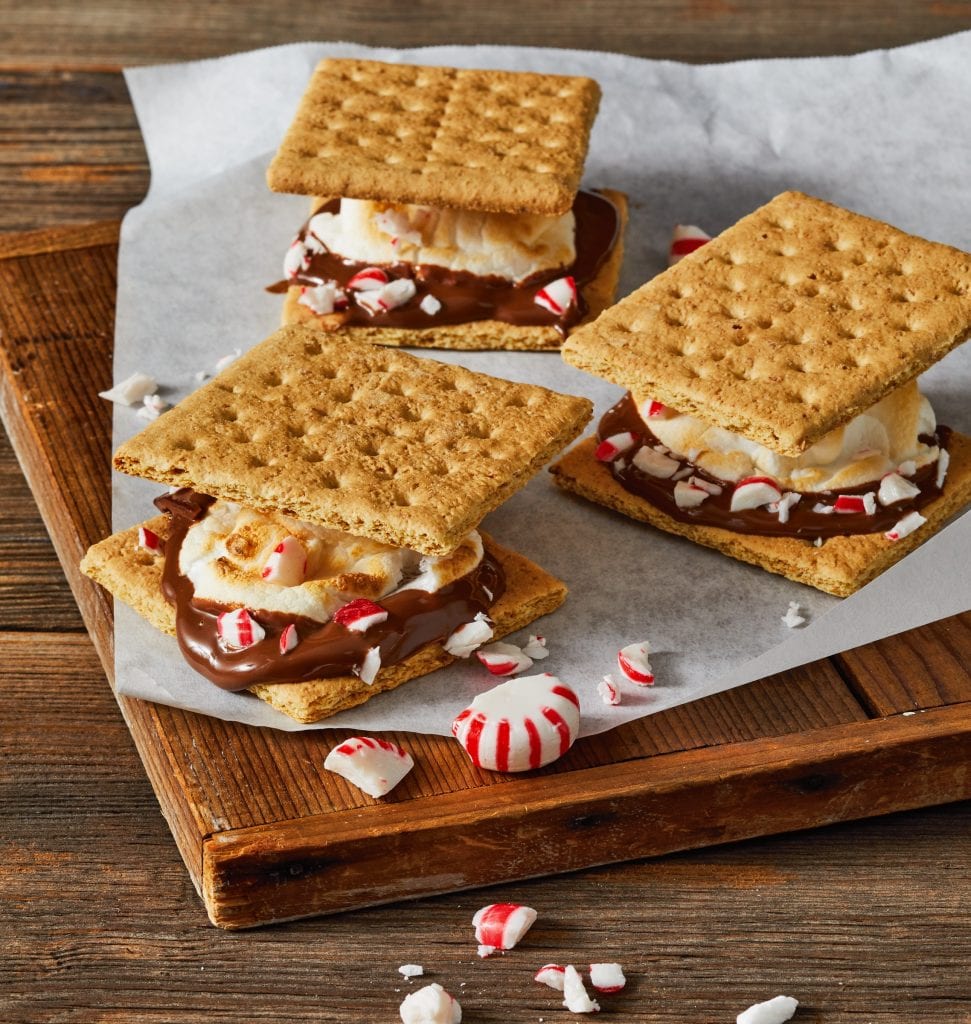 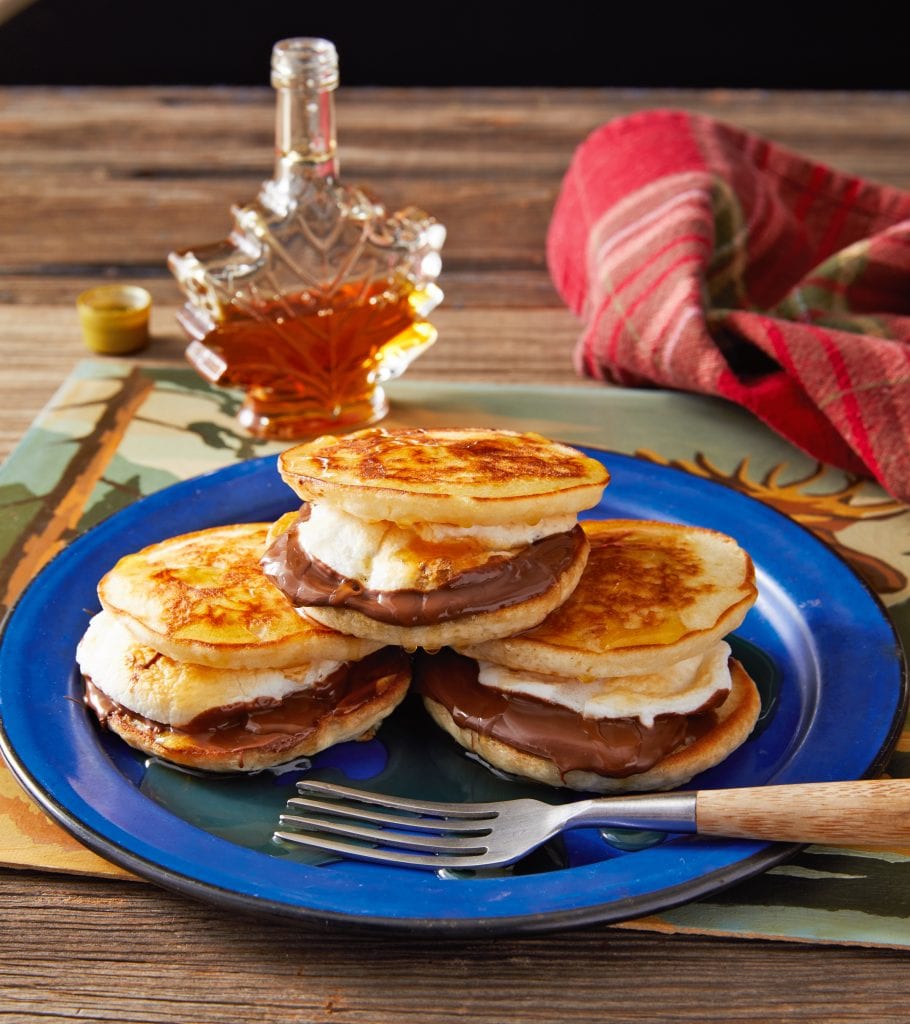 Dan really cuts loose in the second part of the book with his crazy s’mores recipes. This is where he earns his stripes as a mad genius by creating s’mores recipes such as the “Elvis.” Would the King have a burning love for this crazy combo of peanut butter, bananas, and bacon? Or would he look at it with a suspicious mind? The answer is provided in one of the many adorable sidebars that accompany the recipes. The photographs that accompany most of the recipes are also ace.

The photo of the “Everything Bagel S’more” has me thinking about making s’mores for breakfast. Sounds crazy right? Not with a smoking hot cup of coffee by its side! But what does sound legitimately crazy is the “Infamous S’moresburger.” I’m just not sure I would waste good ground beef on this one! Dan insists that “anyone who has ever eaten these burgers loves them.” And while that may be true I wonder how many people have ever tried them? And how many beers did they have beforehand? It is true that everything tastes better at the campground. So let’s keep it that way, okay? 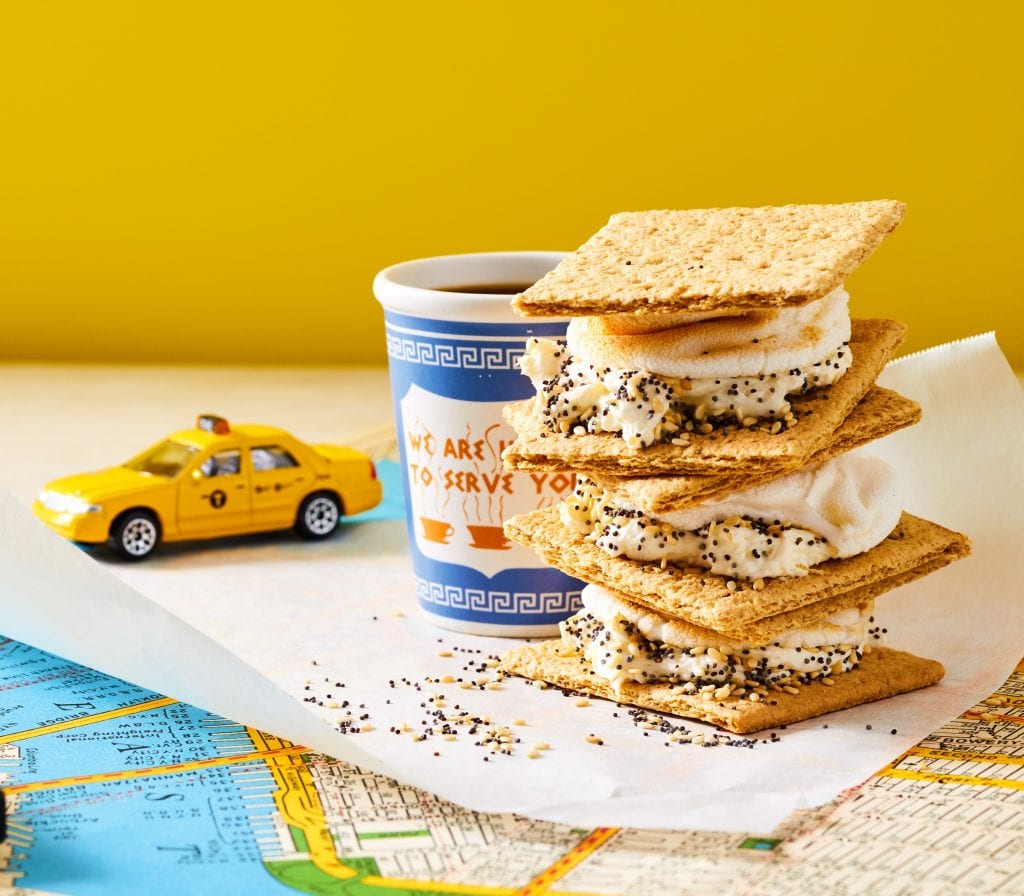 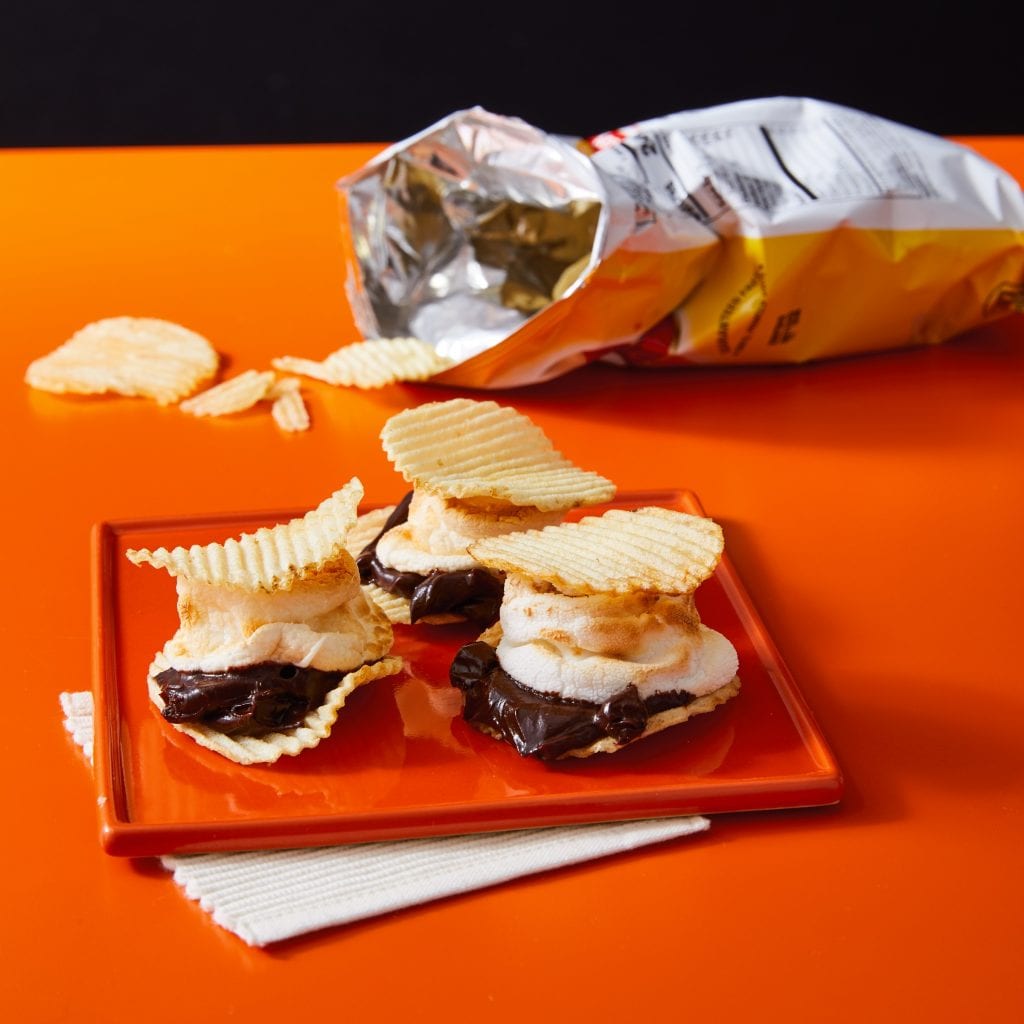 While one or two of the recipes do seem completely over the top, that’s all part of the fun of this adorable book. For every one recipe that seems outlandish there are a dozen that I’m dying to try. If Dan showed up around my campfire and made me the “Infamous S’moresburger” I’m sure I would give it a taste.  I would also tell him that in attempting to redefine this gooey, melty, crunchy, campfire classic, he has clearly created a campfire classic of his own.

We thank him for sharing it with the rest of us.

You can follow Dan’s adventures on Instagram @tfimb and purchase S’mores! Gooey, Melty, Crunchy Riffs On the Campfire Classic by clicking here.