Thinking About Buying a Pop-Up Camper? Consider This… 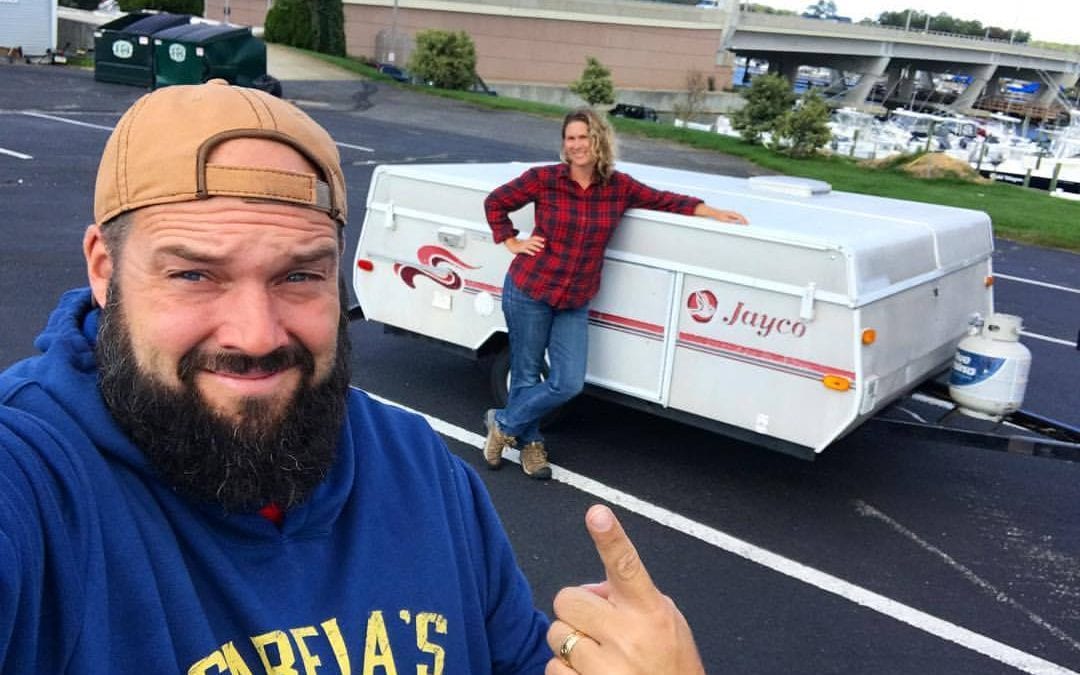 We often joke that buying our first pop up camper was the best and worst decision that we ever made.

And it really was.

It was the best decision because discovering the RVing lifestyle was a life changing series of moments for our family.

It was the worst decision because we bought the wrong pop up camper.

Yup, we are one of the statistics. We bought a shiny new pop up camper with all of the bells and whistles for over $10,000. What we should have bought was a used one, for maybe $2,000 or $3,000 tops. We spent way too much money only to discover that another rig would be ideal for our family. 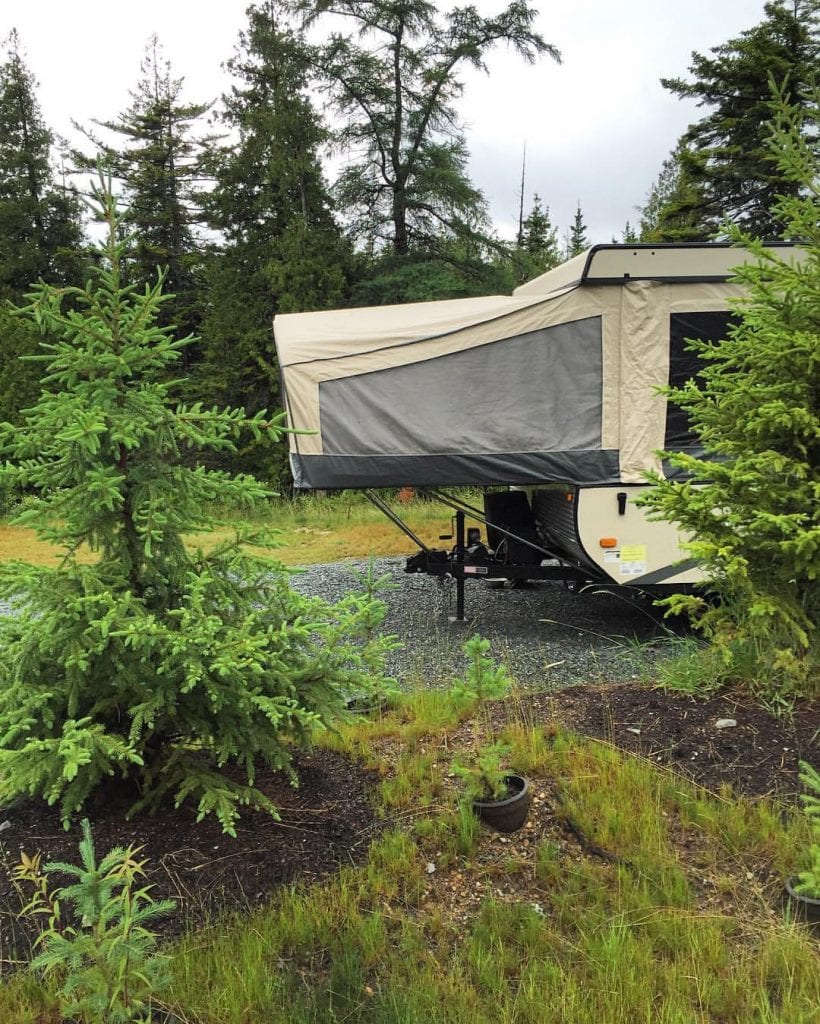 Don’t get us wrong–our camper had a bathroom, stereo, air conditioner, large slide out, hot water heater, and kitchenette. In so many ways it was pretty awesome.

**To listen to Jeremy and Stephanie talk about the Pros and Cons of buying a pop up camper–check out the video below.

So what was the issue?

Well, we loved RVing so much that we started to camp a lot, and we started to take longer and longer trips.  When we bought the rig, we figured we would camp a few weekends a year and maybe take a week long family vacation. In reality, we were camping over 40 nights a year by our second season. 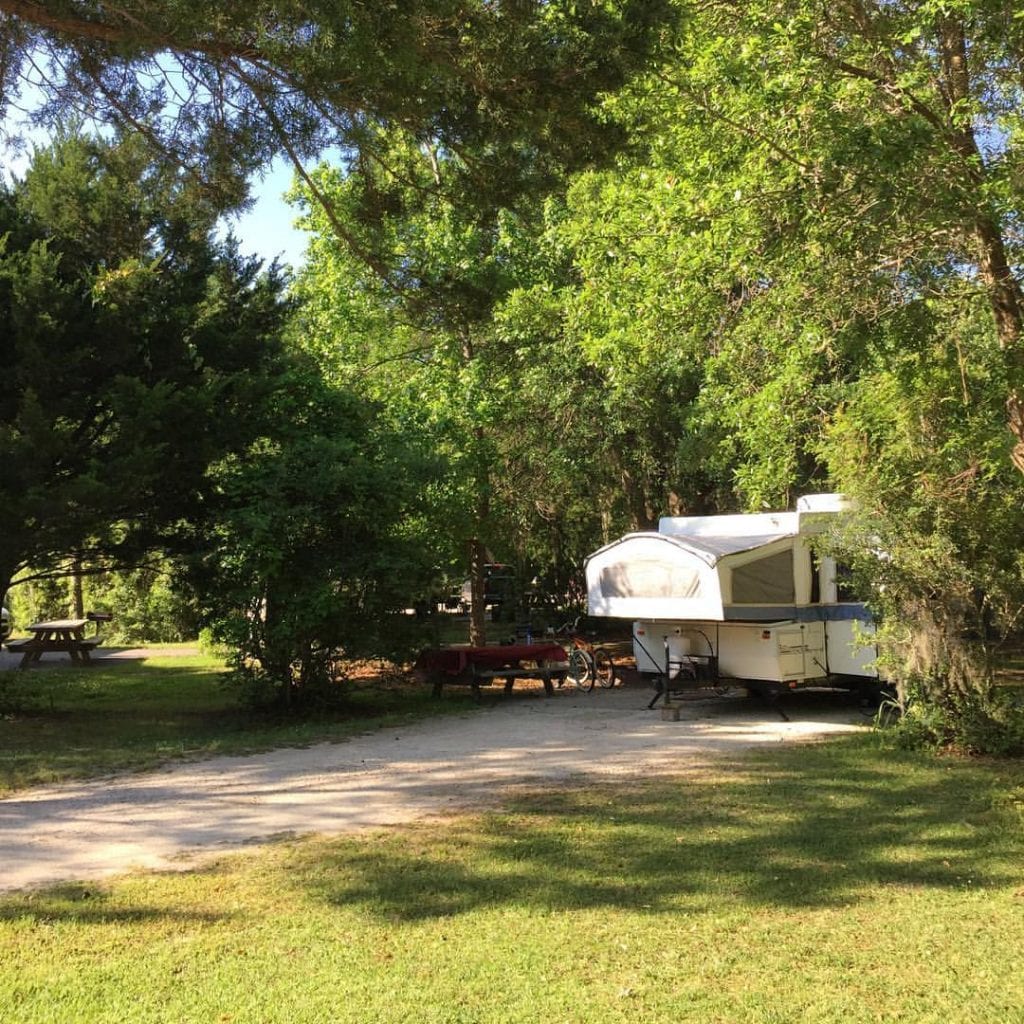 After spending 16 days in Vermont and Maine on a four stop trip, we realized that all of the setting up and breaking down was eating up a lot of precious vacation time and a lot of our patience.  Eventually, we decided to sell the pop up camper and buy a travel trailer.

Unfortunately, we owed more on the camper than it was worth. This is common when you buy an RV with a long term loan and sell it too quickly.  Just like with an auto loan, those early payments are mostly interest–and RV values depreciate more quickly than car and truck values.  Live and learn, right?

This leads us to the number one issue we face when listeners ask us if they should buy a new pop up camper. ALL OF THEM insist they will not be one of the statistics. They all insist that a pop up camper is the only type of RV that they will ever, ever want.

And then they jokingly email us a year later letting us know that they are trading that beloved pop up in for a travel trailer.

We are never surprised.

That’s exactly why we should have bought a used pop up camper. You put very little financial skin in the game and then see if RVing is right for you. When you find out that you are completely obsessed with RVing, it’s no big deal. Go ahead and sell that pop up or trade it in for an upgrade. 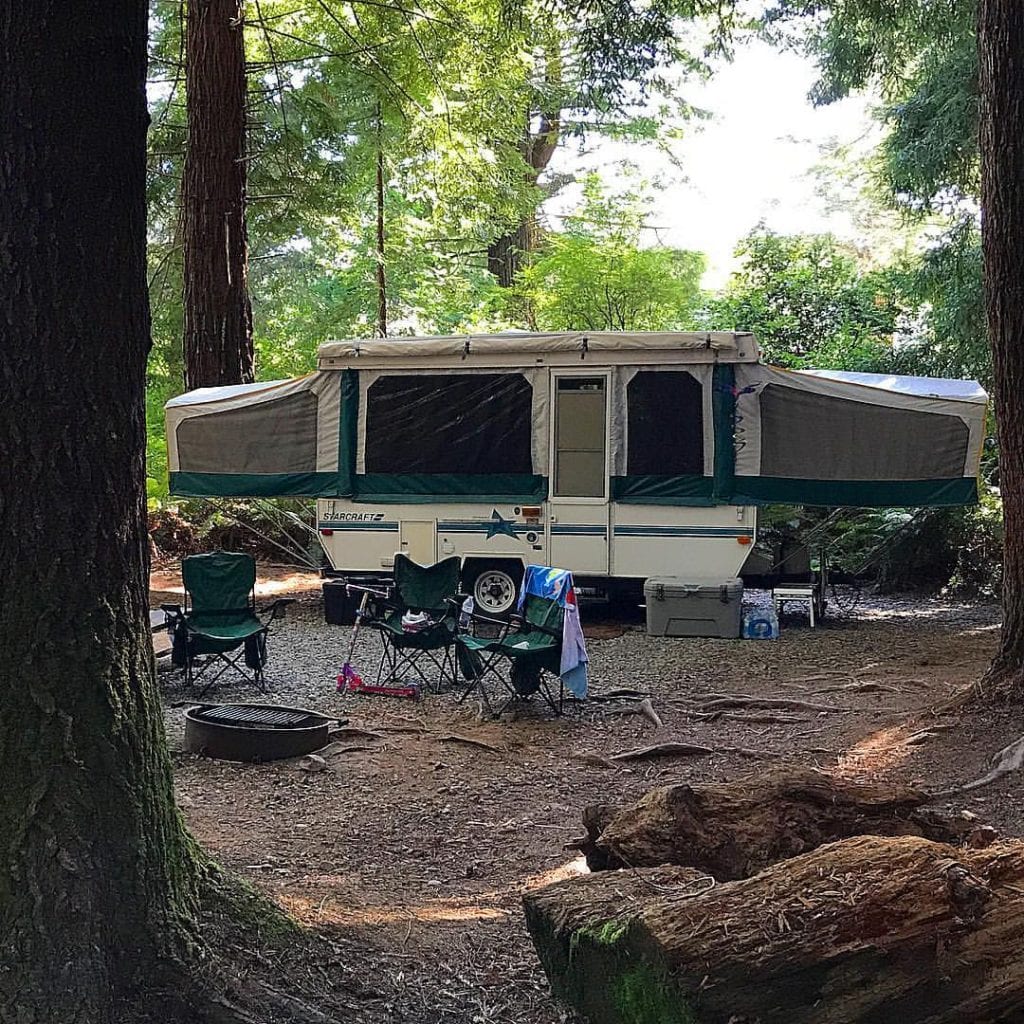 That’s what we should have done. But hind sight is 20/20, so we are passing on the pearls of wisdom to you.

You see, an awful lot of RVers start out with a pop camper, fall in love with camping and traveling, and move up into larger units very quickly. It’s pretty much a joke amongst experienced RVers.

That’s why it’s wise to start with a used unit and pay cash–not because you won’t use the camper, but because you will, and you may want to upgrade very quickly.

Two of our friends, who have become our regular camping buddies, took this approach when they purchased their first pop up camper.  They found a used unit, in great shape, at a great price.  They also fell in love with RVing, but when they eventually sold their little Jayco pop up after almost two years they actually made a profit.

So, we recommend that you buy a used unit, or at least a much less expensive one than we bought.

Even if you are convinced you will never want anything bigger.

Even if you get sucked in by all those fancy bells and whistles.

Years after our first RV purchase, we are finally taking our own advice. Even though we have an amazing toy hauler travel trailer that we love, we still missed that rustic camping experience that comes with a pop up camper. So we got another one. Except this time we found a cheap, used one on Facebook Marketplace. And she’s perfect. 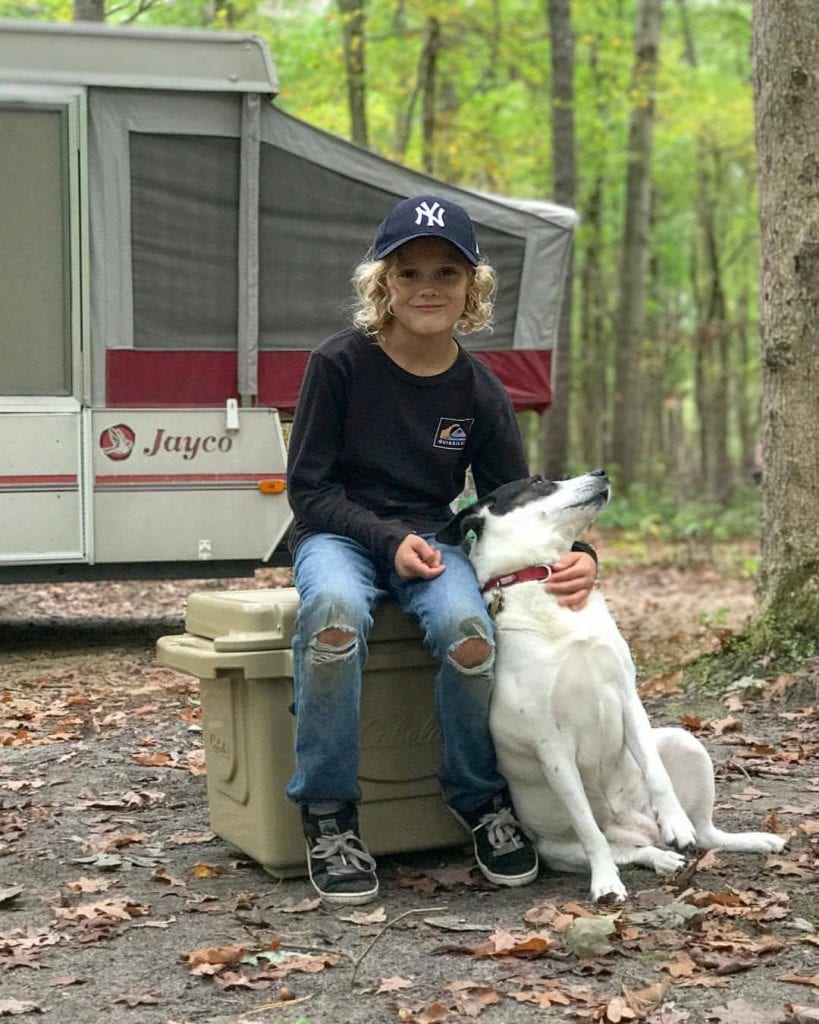 Because even though our first pop up camper was about the worst financial decision we ever made as a couple, it was also the best investment we ever made in our family.

See you at the campground. 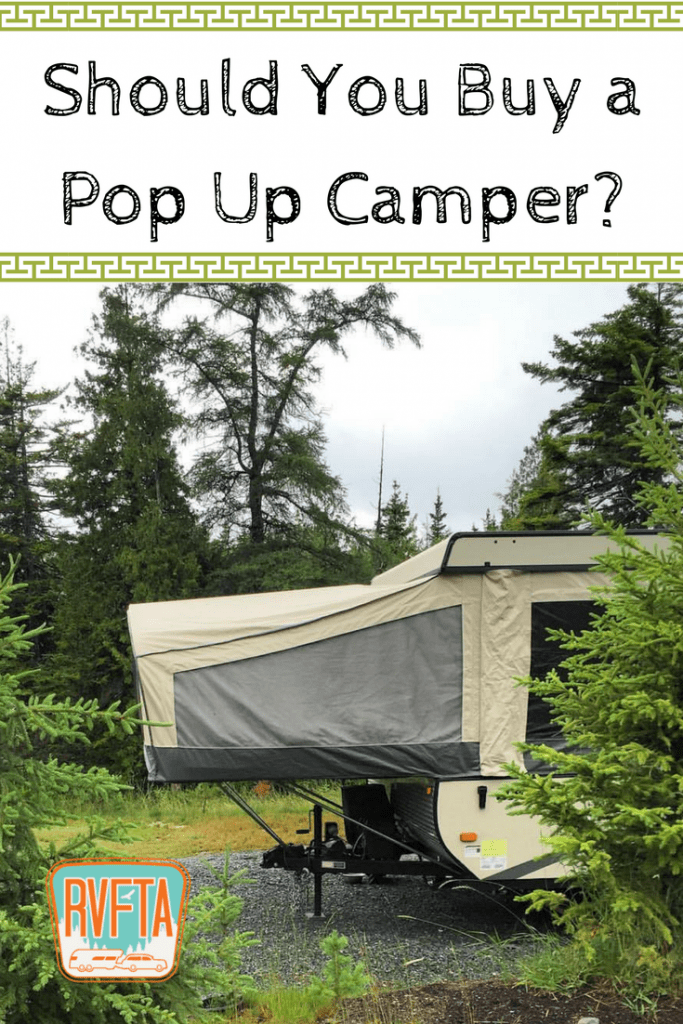 Our First Guest Bloggers! New Zealand Here They Come…
The Polar Vortex is Returning: Stay Warm in a Planetarium

Are We a Travel Trailer Nation?
How to Camp Happy: Lessons from Four Years of RVing
Say Hello to a New Tiny Trailer: The Jayco Hummingbird 10RK