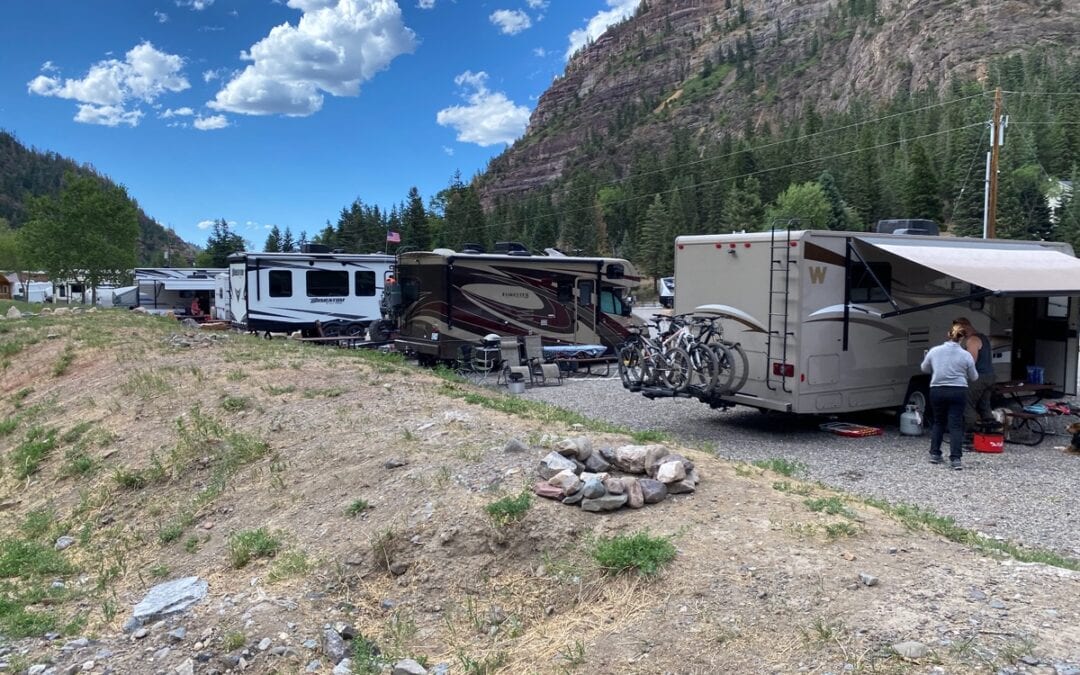 featured image by Scott Elias
On today’s episode of the RV Atlas podcast we are thrilled to have Scott Elias back on our show! After a hiatus of over two years Scott is back with another great Colorado campground review. He stayed at Ouray Riverside Resort for Father’s Day last year (in a cabin) and absolutely loved it! Scott brought us several other great “out west” campground reviews a few years back, including Mosca Campground, in San Luis State Park, in Colorado, and Curt Gowdy State Park in Wyoming.
Scott also did an amazing podcast episode with us about craft beer and we talked about some cool campgrounds near craft beer hot spots!
We are thrilled to have him back on the show for this review of Ouray Riverside Resort in Colorado! To listen to our conversation click on the media player above, or subscribe to the RV Atlas wherever you get your podcasts.
For a summary of the campground and some fun things to do in the area just keep on reading! Here are some key points from Scott’s notes!
This campground was formerly Ouray RV Park & Cabins but they purchased an adjacent property called Riverside Inn & Cabins and the Ouray Riverside Resort was born!  They now have cabins, lodge rooms and suites, RV sites, restaurant, gas station, store, and laundromat. They also have 72 campsites with 27 upgraded sites along the Uncompahgre River–six of them are “extra wide” riverfront RV sites and cost more. Some sites also offer full-hookups and some are electric only.  Other sites off the river include pull-through and “loop” sites Most sites allow you to have up to three “things” that includes a tow vehicle, RV, and something like a Jeep (Jeeping is THE THING to do around Ouray)
Ouray Riverside Resort is on a long, relatively narrow piece of land between the highway and the Uncompahgre River.  The campground itself isn’t much to look at, but the views around the campground are incredible. Tent campers would be better served at Ridgway State Park (see below) 15 minutes north. 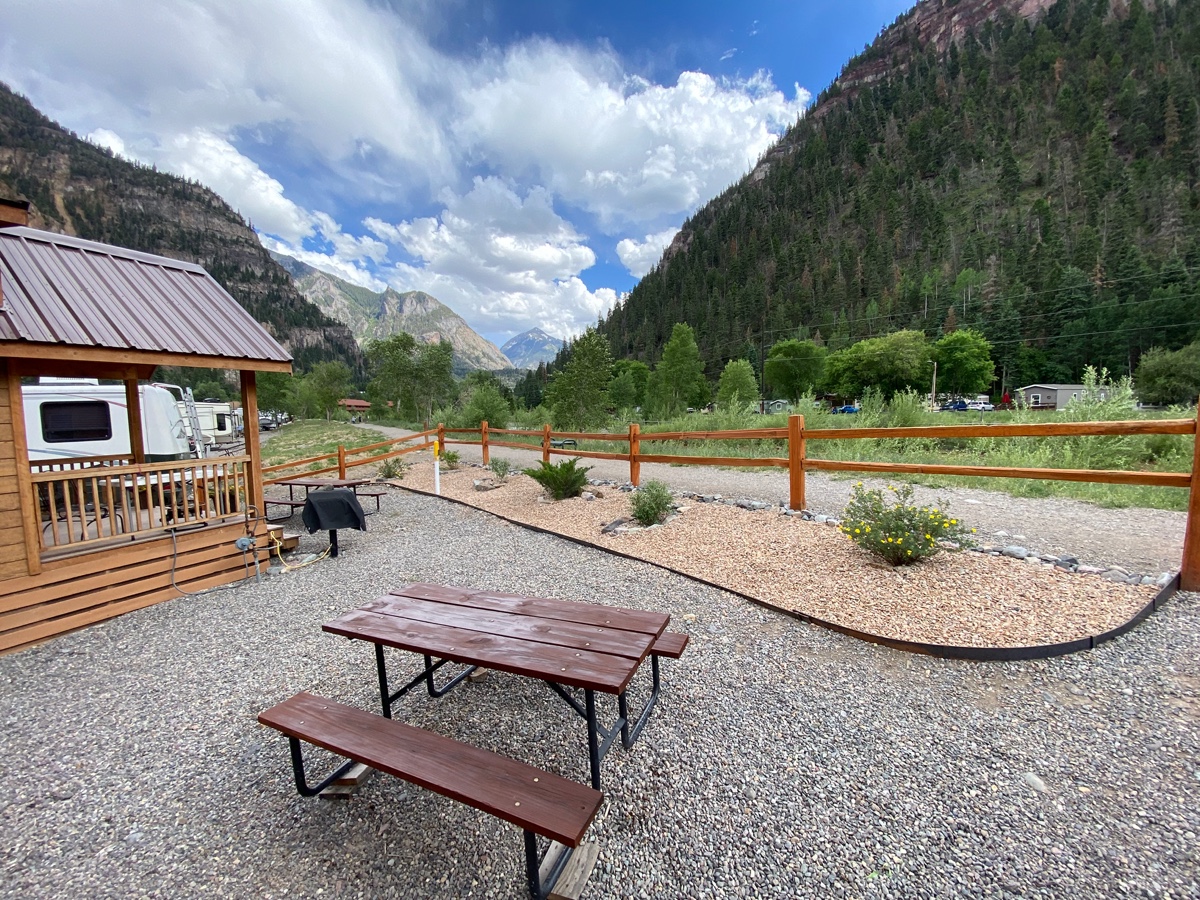 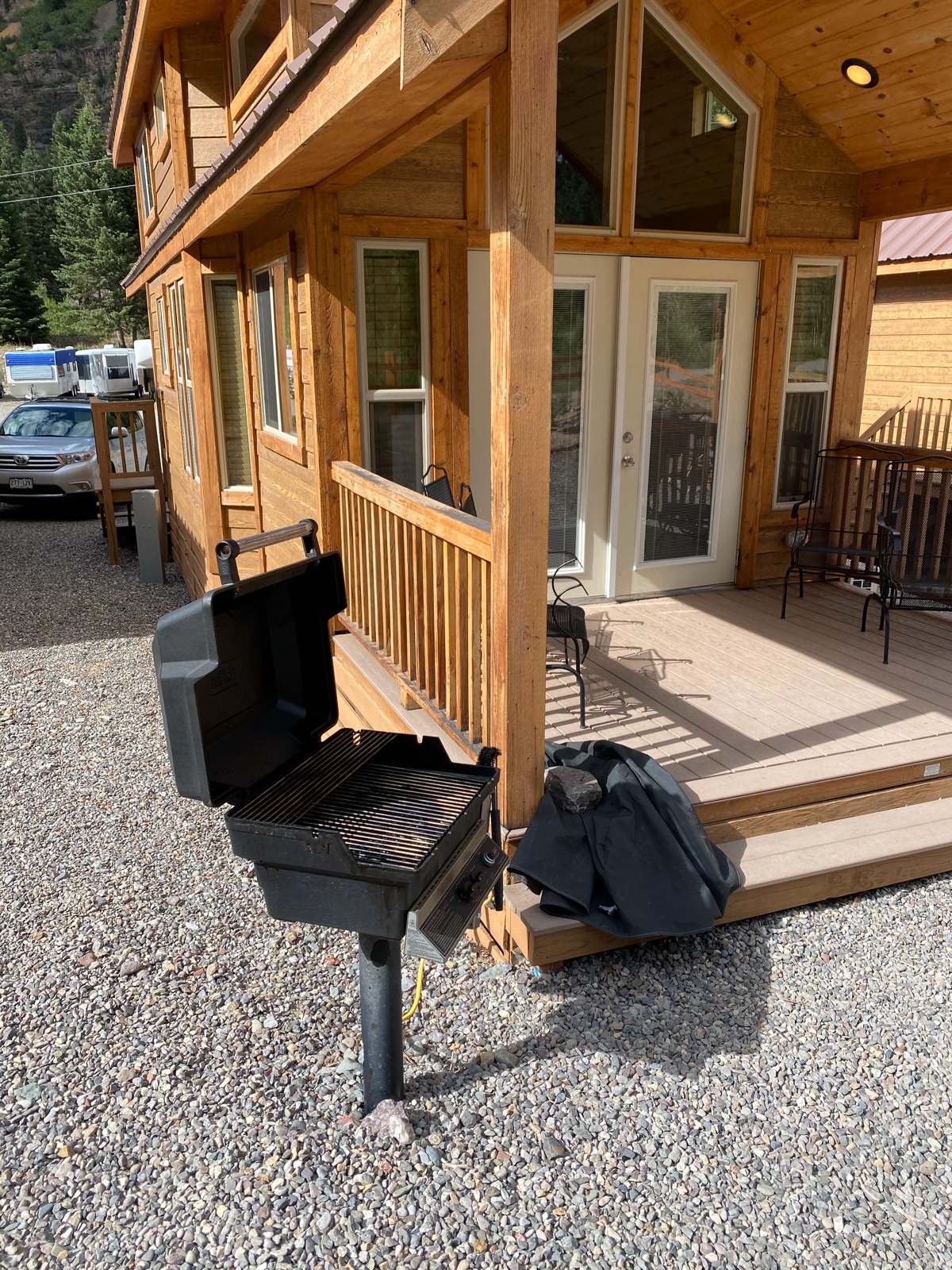 The Deluxe cabin had a full kitchen which Scott and his family loved because they could cook their own food and stay socially distanced from other campers. The deluxe cabin had one bedroom plus a loft for the kids which was AWESOME. The loft had two twins beds and a full sized mattress. Ouray Riverside Resort also has lodge rooms that are new–but Scott did not see inside them.

Ouray has been called “The Switzerland of the Americas” and Scott doesn’t know if that developed organically, or was more of a pitch for tourism developed by the town itself. Either way, Ouray is incredibly beautiful as you can see from Scott’s pictures. The town is situated at the end of a box canyon in Southwest Colorado and it is about 6 hours from Denver. The drive to Ouray from Denver also takes you through Curacanti National Recreation Area.
There are dozens of things to do in and around Ouray. Ouray Ice Park is world famous for ice climbing. There are Jeep trails everywhere, and the stunning Million Dollar Highway is nearby. There are also waterfalls and hiking trails that will take your breath away! 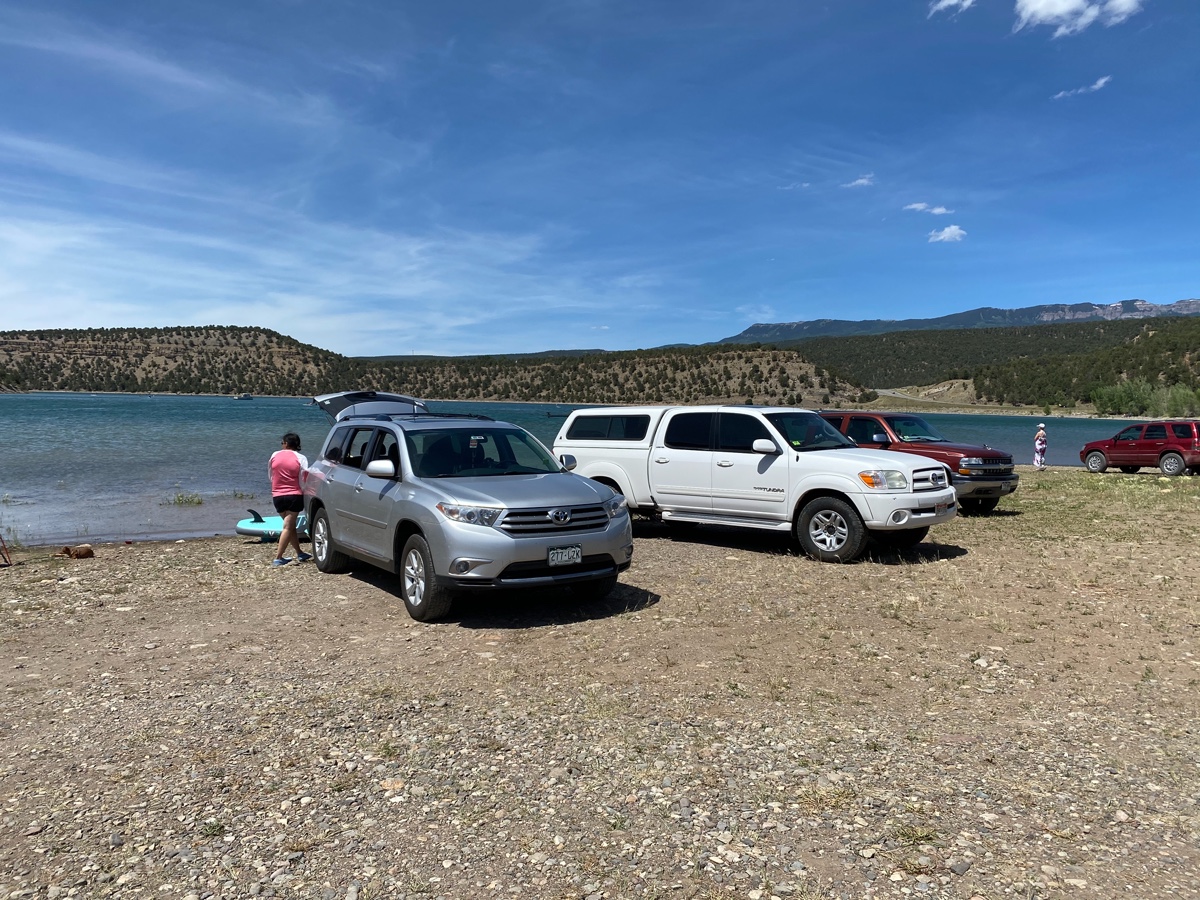 Via Ferrata Ridgeway State Park is 15 minutes away from Ouray and has 258 camp sites and yurts rentals.
There is also a HUGE reservoir for boating or paddling.
Scott loved everything about Ouray Riverside Resort, and the surrounding area. He thinks you will too!

Should I Get a Camp Grill, Camp Griddle, or Camp Stove?
The Past, Present, and Future of The National Forest Service