Daddy’s First Descent Down the Swannanoa… 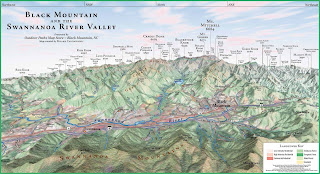 We were staying at the Asheville East KOA to visit family and attend what would be a big, beautiful wedding.  Both the wedding site and the campground were nestled along the banks of the Swannanoa River, about four and a half miles apart.  The river was running high and fast because of two weeks of steady rain.  One afternoon, as Stephanie and I were helping the boys get dressed for a pre-wedding dinner,  she made a simple suggestion that would lead to a great adventure.

“I think you should tube down the river to the wedding site and meet me and the boys for dinner.”

“You’ve been wanting to go for a tube ride, here’s your chance.  If you don’t, I will.”

“Do you think its dangerous?”

“Probably not, you’ll be okay.”

I had just had my hair cut for the wedding at the Acme Barber Shop in Black Mountain and I had stopped for coffee at the Dynamite Roasting Company on my way back to Asheville East.  I was feeling frisky.

So I decided to go and ask for some advice at the camp store.  When I asked the ladies behind the counter if anyone had ever tubed from the campground to the farm they looked at me like I had flying monkeys coming out of my ears and insisted that no, it had never been done before as far as they knew, and no, I shouldn’t try it.  Not safe.

My mind was made up.  Stephanie would taunt me forever if I chickened out.

When I returned to the camper and started to change into my bathing suit Theo and Max voiced their concern, “Daddy, we want you to drive with us in the truck not take the river.”  I promised them that I would be okay, hugged them both tightly, gave Wes and Momma a kiss, and headed outside to prepare my trusty skiff. 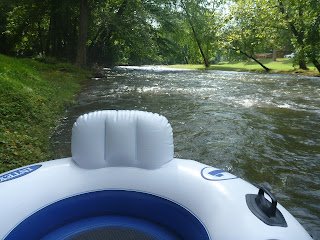 The water was cool and green and the woods were lush and lovely.  Was I scared?  Yes.  But I would put my faith in God, and in my Intex inner tube.  After I left the campground property the water began to move very quickly… 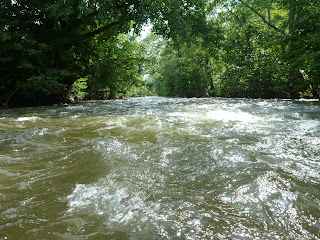 And I sensed rapids ahead…. 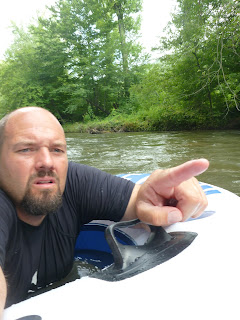 I was right.  I gripped the handles of my trusty skiff with all of my might and contemplated the folly of my adventure… 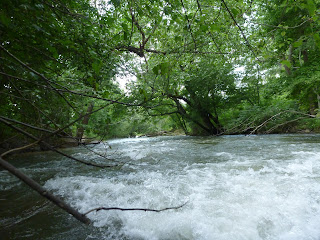 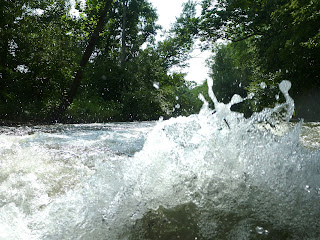 As things got rough I demonstrated the presence of mind, and the sheer stupidity, to continue documenting my journey by snapping photos. 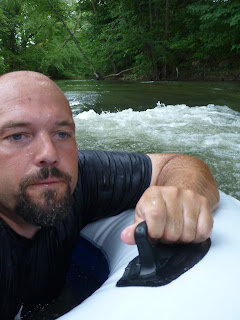 I emerged from the rapids soaking wet, but emboldened by my own misplaced machismo.  But as I plunged further down this uncharted stretch of the Swannanoa I felt more and more isolated from humanity. 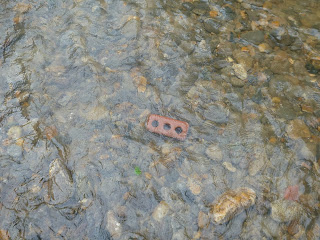 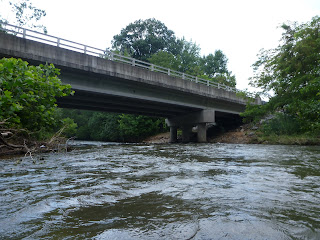 As the river began to flow to the Northwest it became deeper and slower and I had plenty of time to meditate. 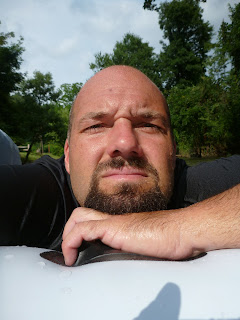 I wondered what we would be having for dinner at the farm…
Two hours had passed and I still wasn’t there.  I would have arrived more quickly if I had grabbed Theo’s Mickey Mouse helmet and ridden his scooter down Route 70.  The sky was darkening and I began to hear thunder in the distance.  But the river was lovely…. 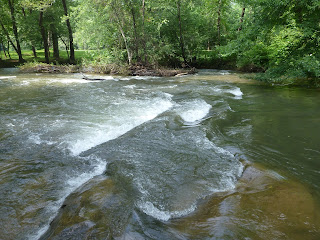 When I finally approached the farm my heart filled with joy. 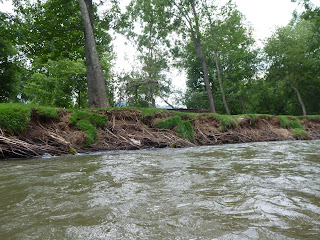 I climbed up the banks and saw the white house, past the field and up the hill, where Stephanie and the boys were waiting for me… 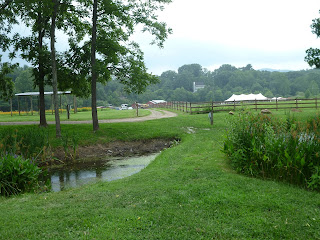 I made the trek across the farm as the rain began to fall.  As I walked up the dirt road to the house I could hear voices and laughter.  When I finally arrived the rain had subsided and the mountains and sky were beautiful to behold.  I felt intimately connected to the landscape and to the weather. 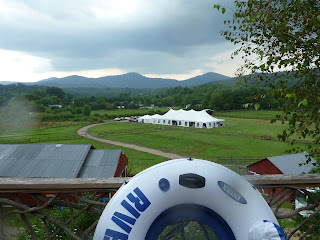 My knees were a bit banged up and I got a few strange looks as I joined the party.  But I could hear kids laughing and playing in the side yard of the house and I wanted my boys to know that I was okay.  So I threw the tube into the back of my pick-up, changed into clean clothes, and joined the fun.

Robert Lake Park, Montreat: A Playground for the Soul
Chrome Shining in the Sun...the Southern Truck Parade
The Campground Inspectors File Their Report....