Cape Hatteras Lighthouse: Maybe Third Time Will Be a Charm? 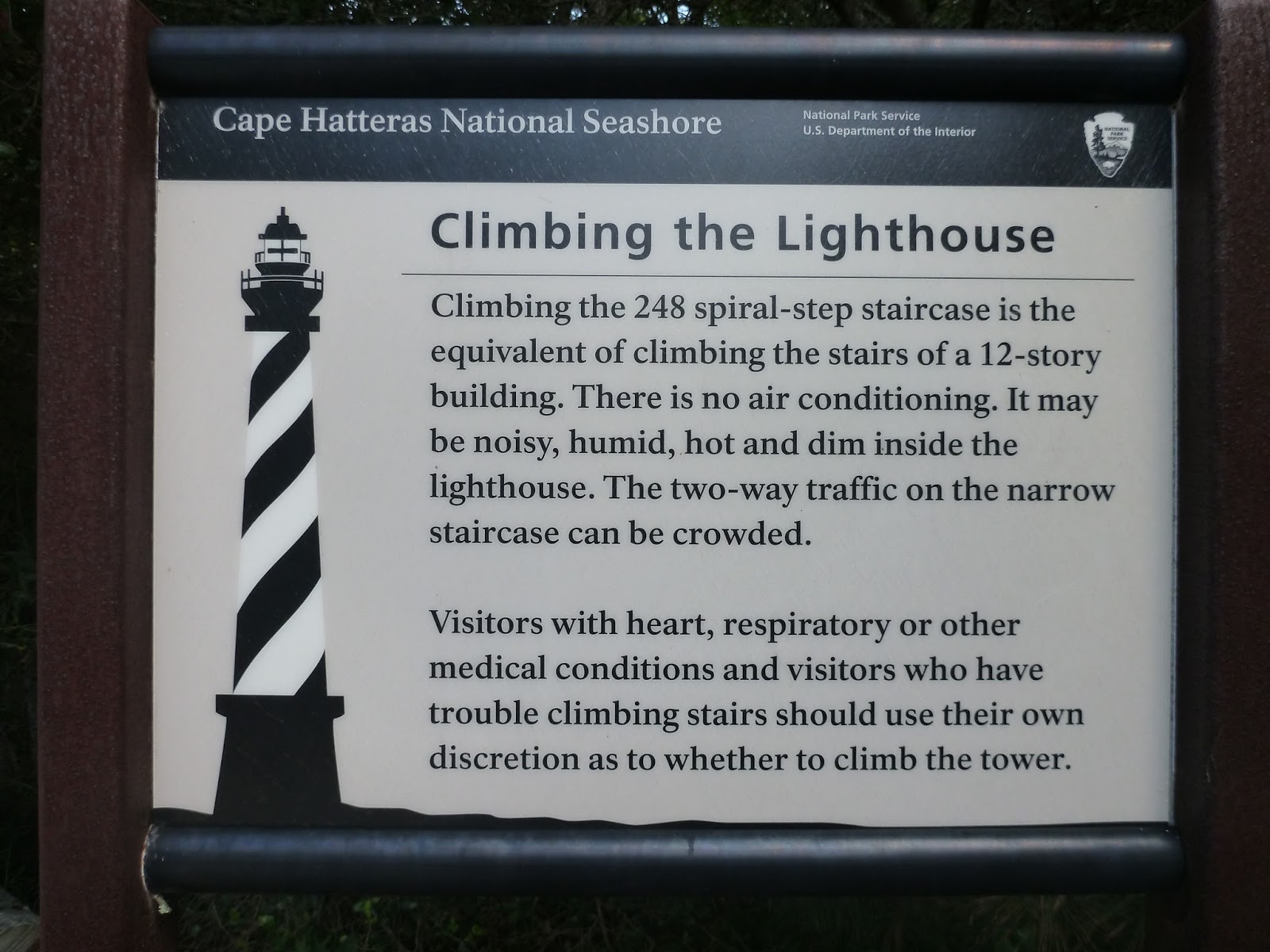 There was controversy in the wind at the Cape Hatteras Lighthouse this past weekend.

Last year the boys were not allowed to climb to the top because they were not the requisite 42 inches tall. I took umbrage at this requirement, since the campers scampered to the top of High Point at the age of three. They have energy to burn and I wouldn’t mind them letting it out by climbing a couple of hundred stairs. However, the rangers wouldn’t budge and turned us away from the ticket booth with rather disapproving looks.

This year I thought we had it made. I was sure Max and Theo were tall enough and I was excited to show them the views from the top of the tallest lighthouse in America. We had them stand next to the measurement lighthouse and it seemed to us that we were in the clear… 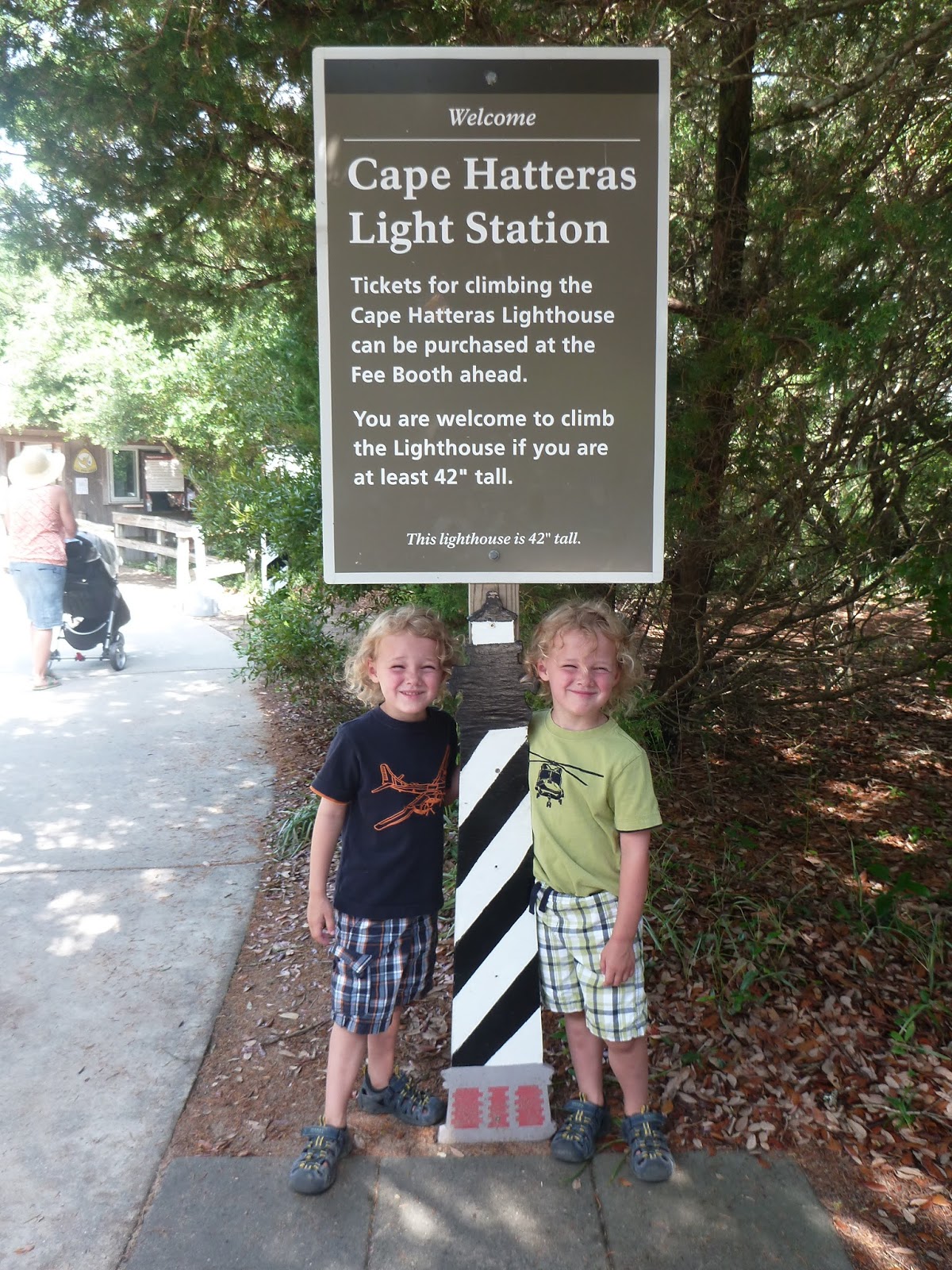 Until we again went to the ticket booth. Here the ranger pulled out the official lighthouse measurement tool (I thought 42 inches was 42 inches…), and once again we got the no go. 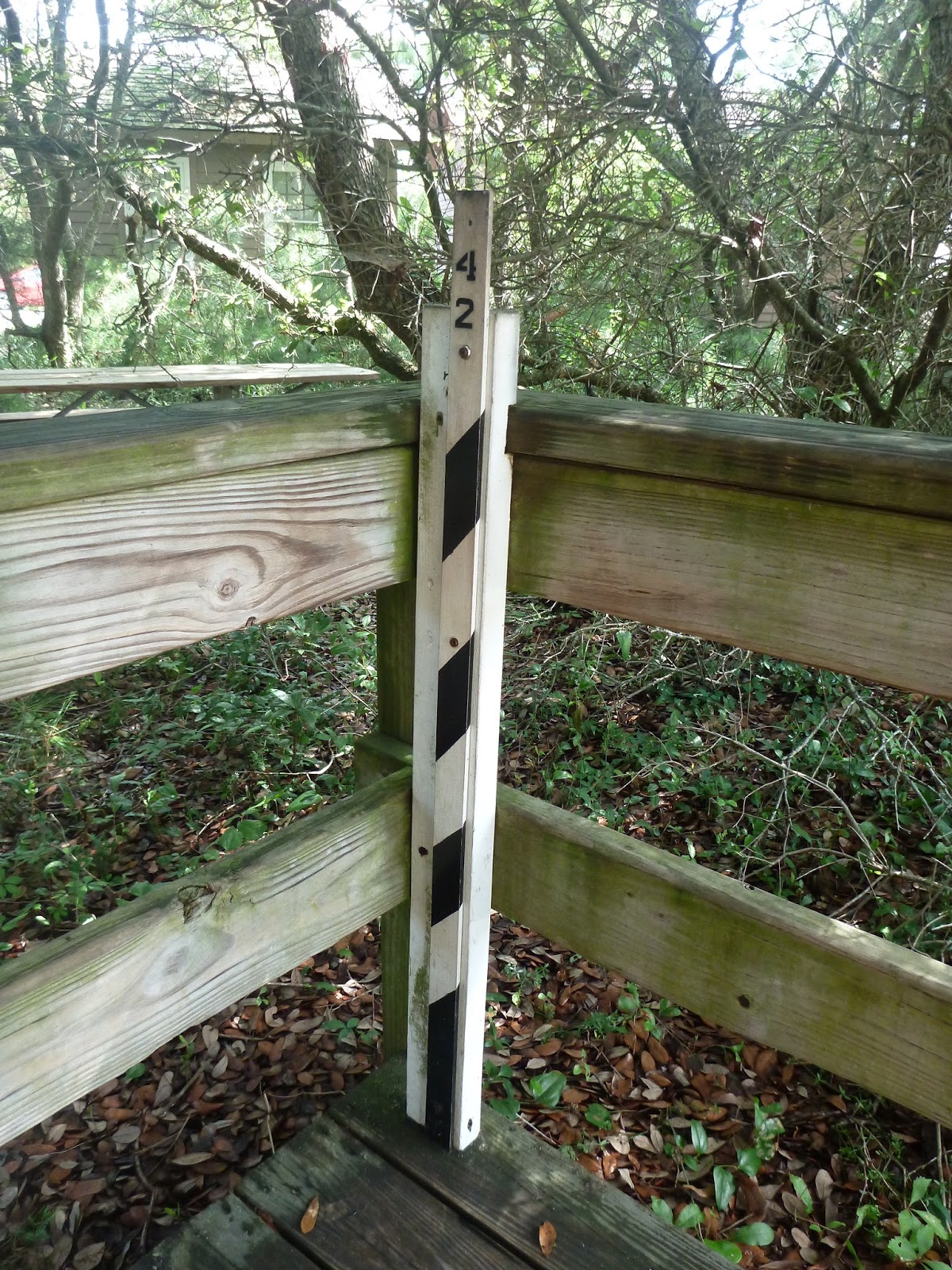 We were told they could go to the door and look inside. Wow, said the preschoolers. 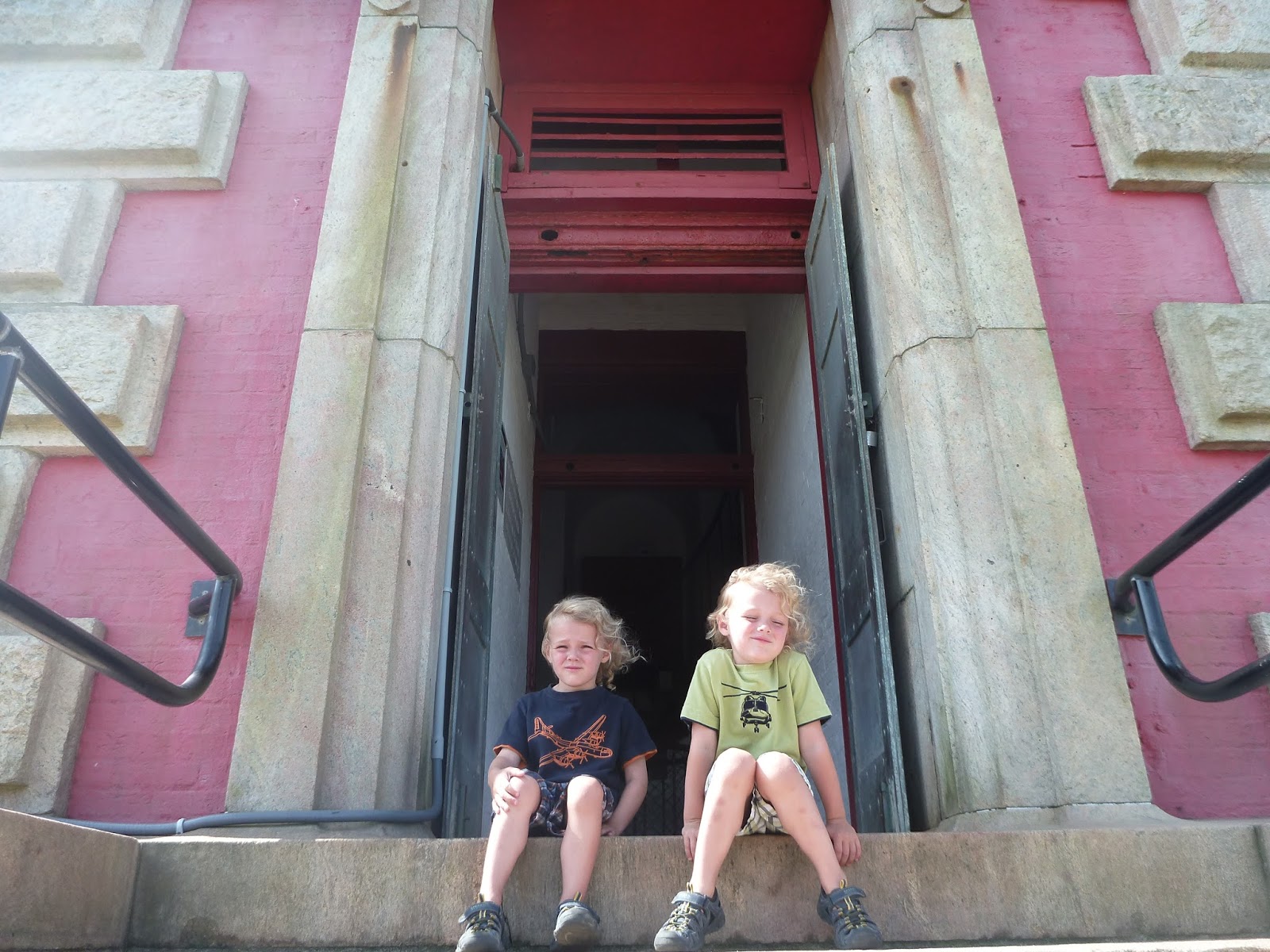 Still, they took it in stride. I got a few smiles out of them, but you can see the hint of resignation. I’m pretty sure they walked away believing that they would never actually be 42 inches tall. Ever. 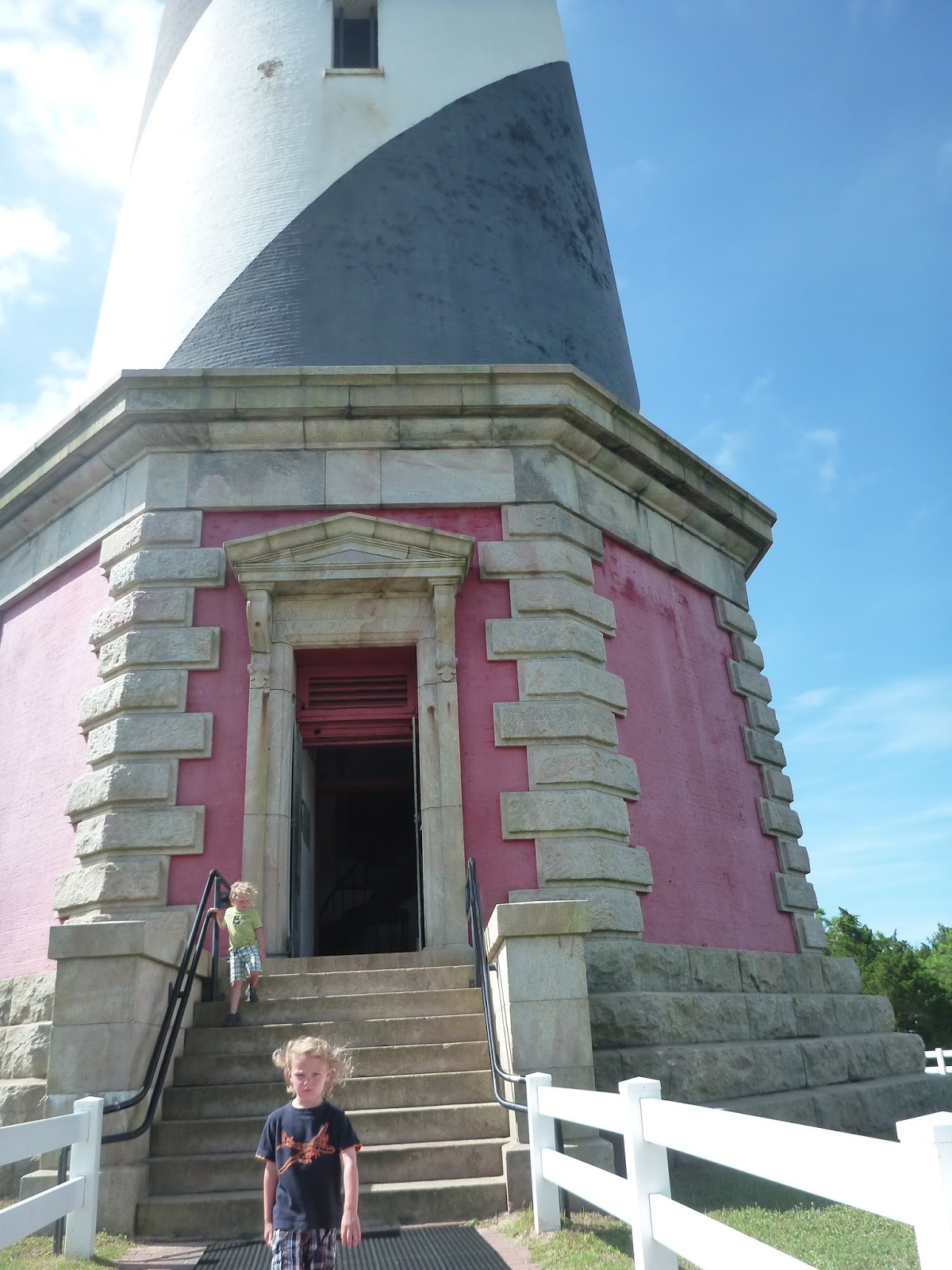 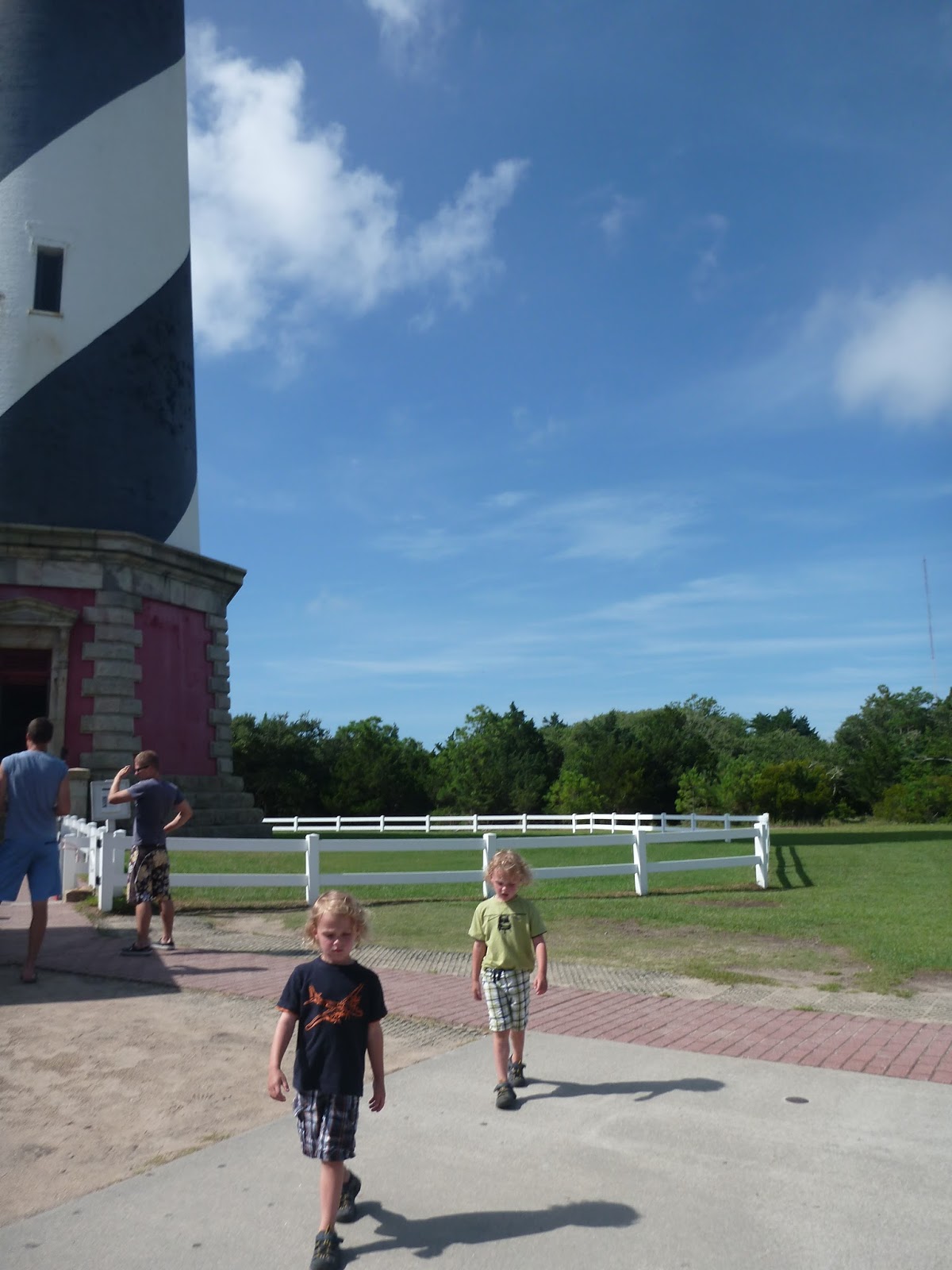 At least we had the Junior Ranger Program to fall back on. The boys remembers getting their “medals” from last year and were excited to dial in a repeat performance. The Junior Rangers entails doing some activities in a book, attending an educational program, and taking an oath to protect wildlife across America.

Someone needs to let these rangers know that no actual power or privilege comes along with the title of “Junior Ranger.” Last year a ranger wondered out loud if my boys had actually completed the activities themselves (of course not). This year, the ranger wondered if my boys were old enough to participate and whether they might poke their eyes out with the little pencils (very likely). Both times I bit my tongue and refrained from pointing out that most children today would rather play on an iPad than visit a National Park, so maybe they should welcome the participation of any young soul. Either way, a simple but pointed raise of the eyebrow and my boys received their activity book and sharp pencil. 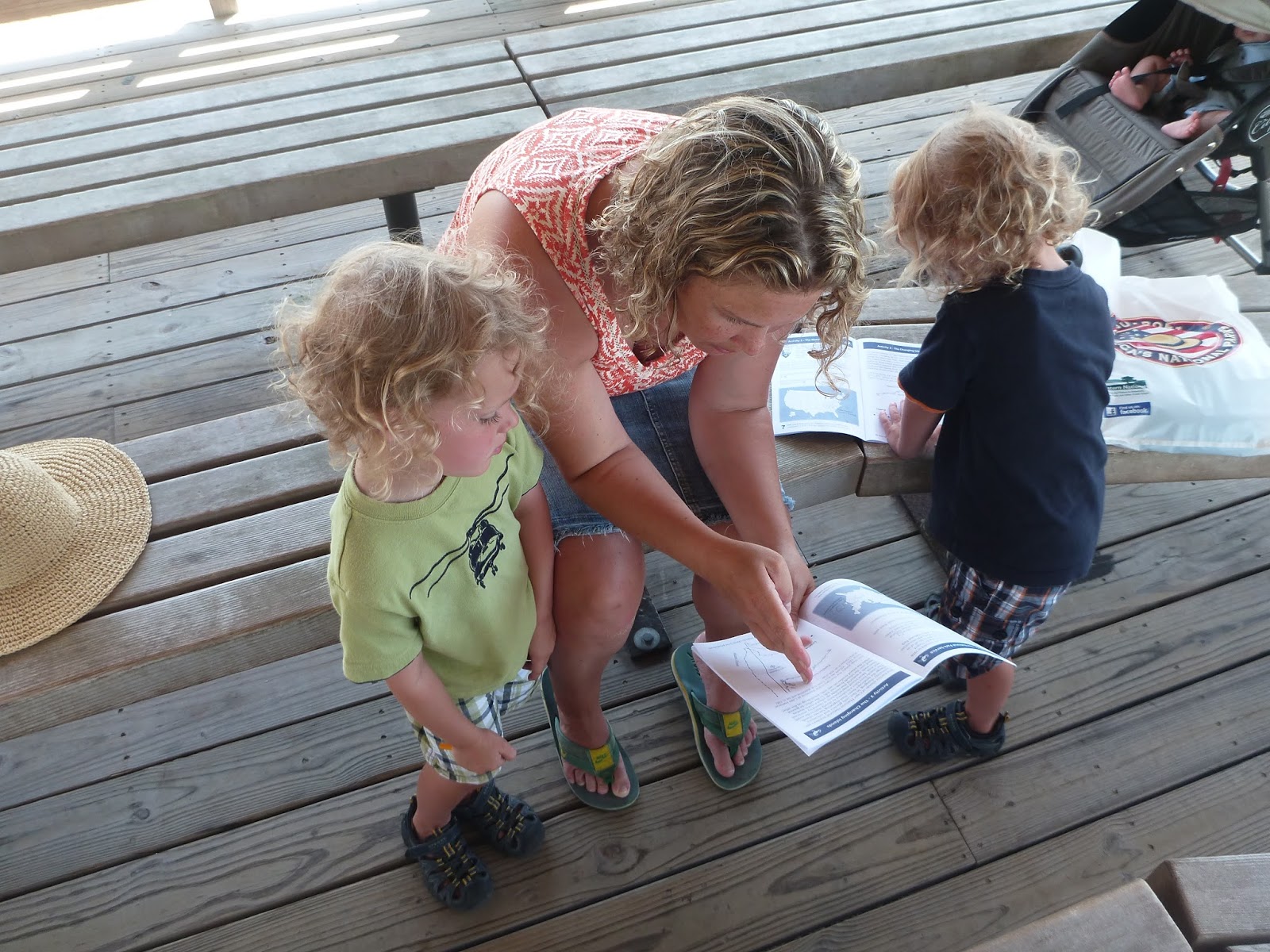 The young rangers who run the educational activities make up for their cranky elders by offering the kids friendliness and enthusiasm in spades. Max and Theo still talk about the Sea Turtle presentation from last year where they learned a song to help them remember a turtle’s journey. This year they learned about the National Park “Arrowhead”from Ranger Christie, and although I know they didn’t understand most of what was going on, they thoroughly enjoyed it. 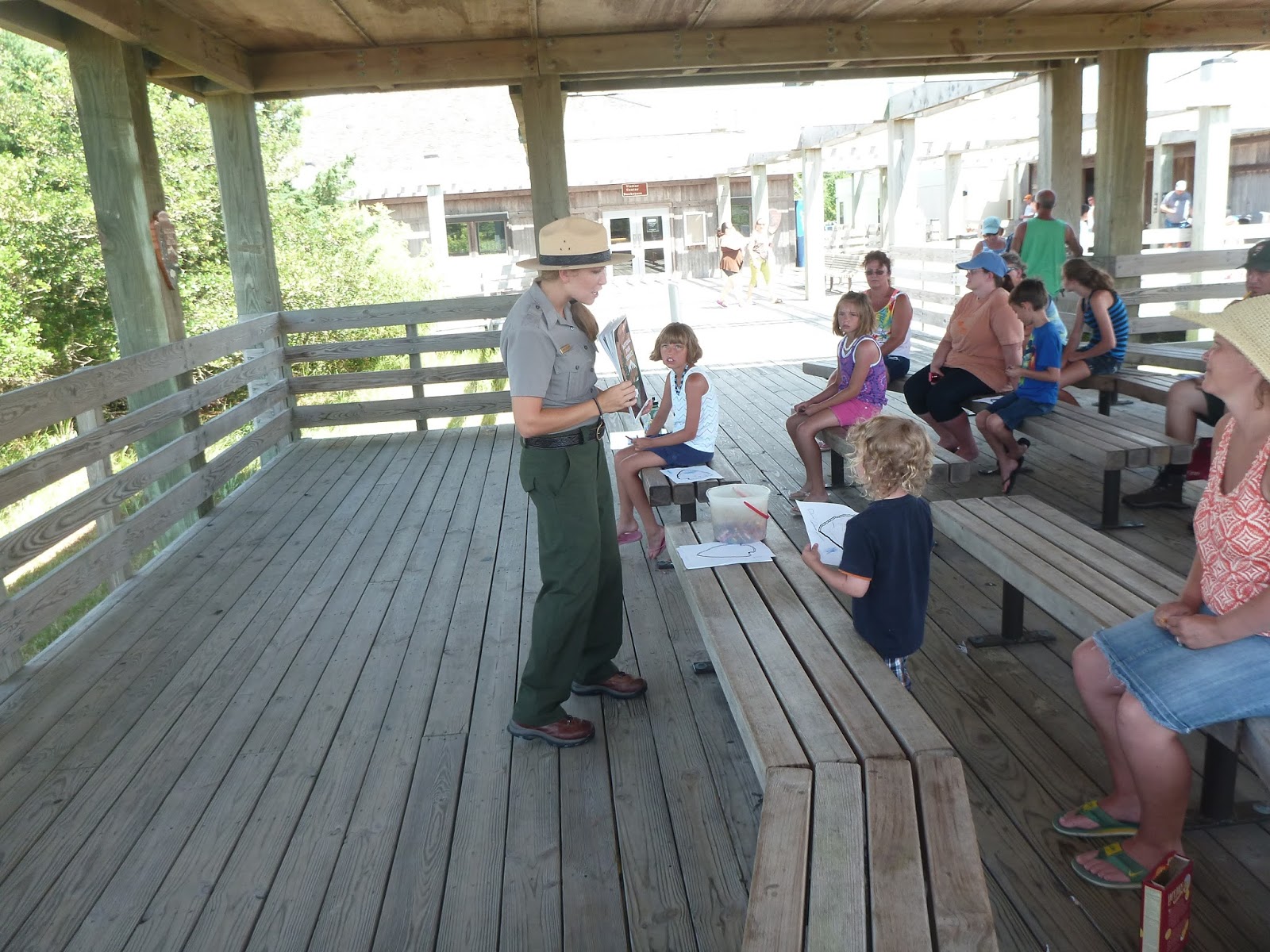 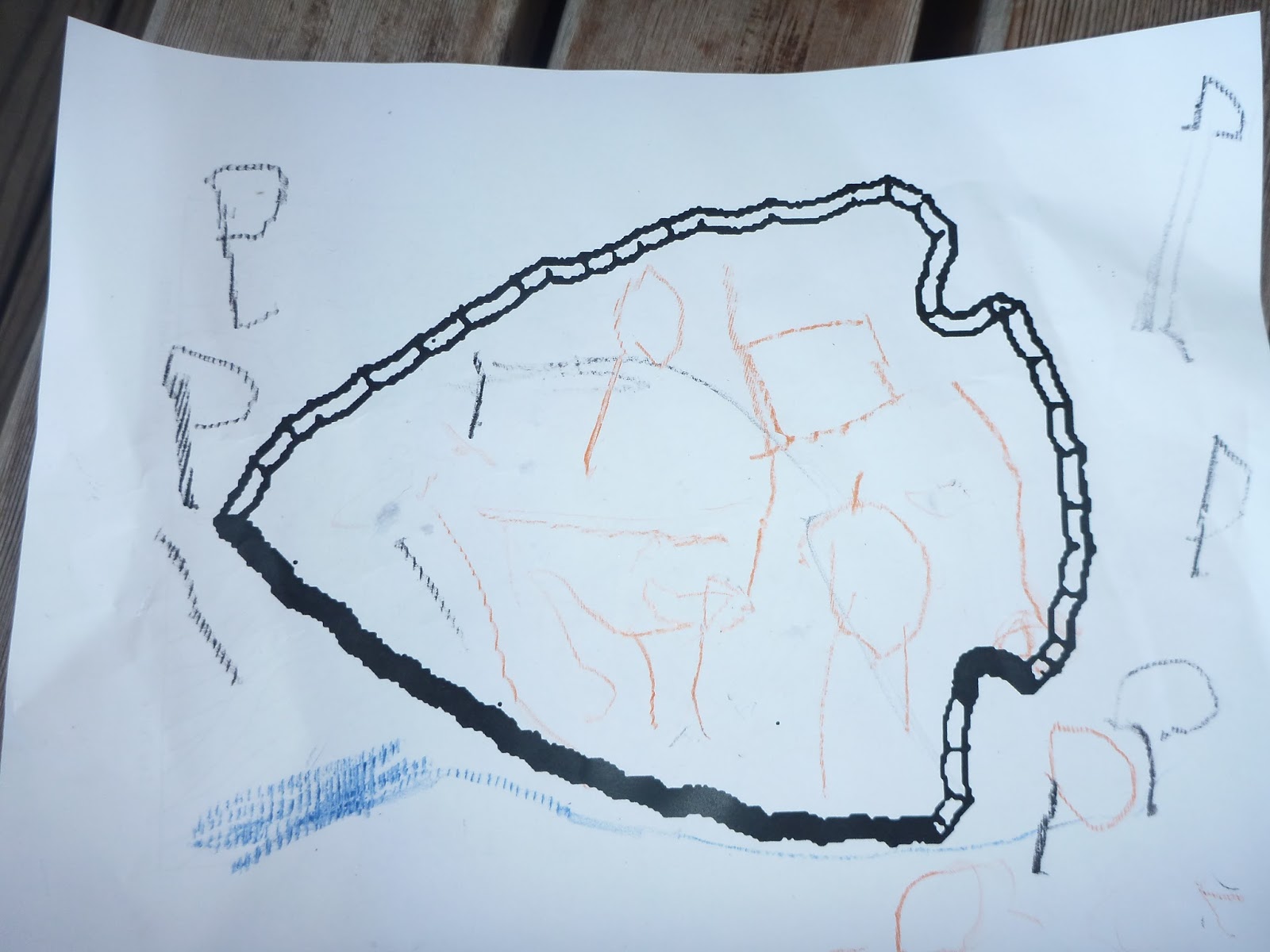 And yes, they received their badges, again. And it was just as exciting the second time around. 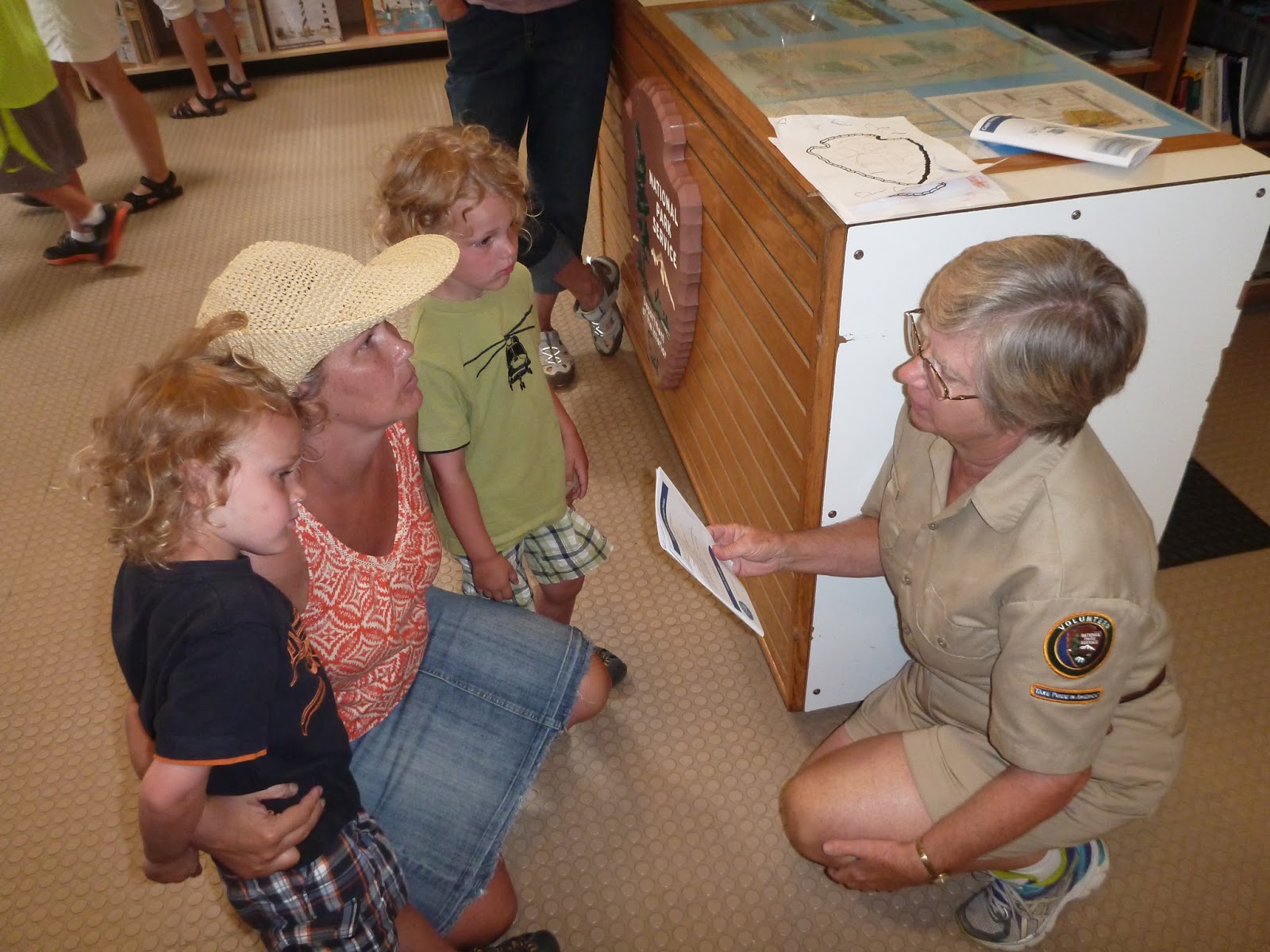 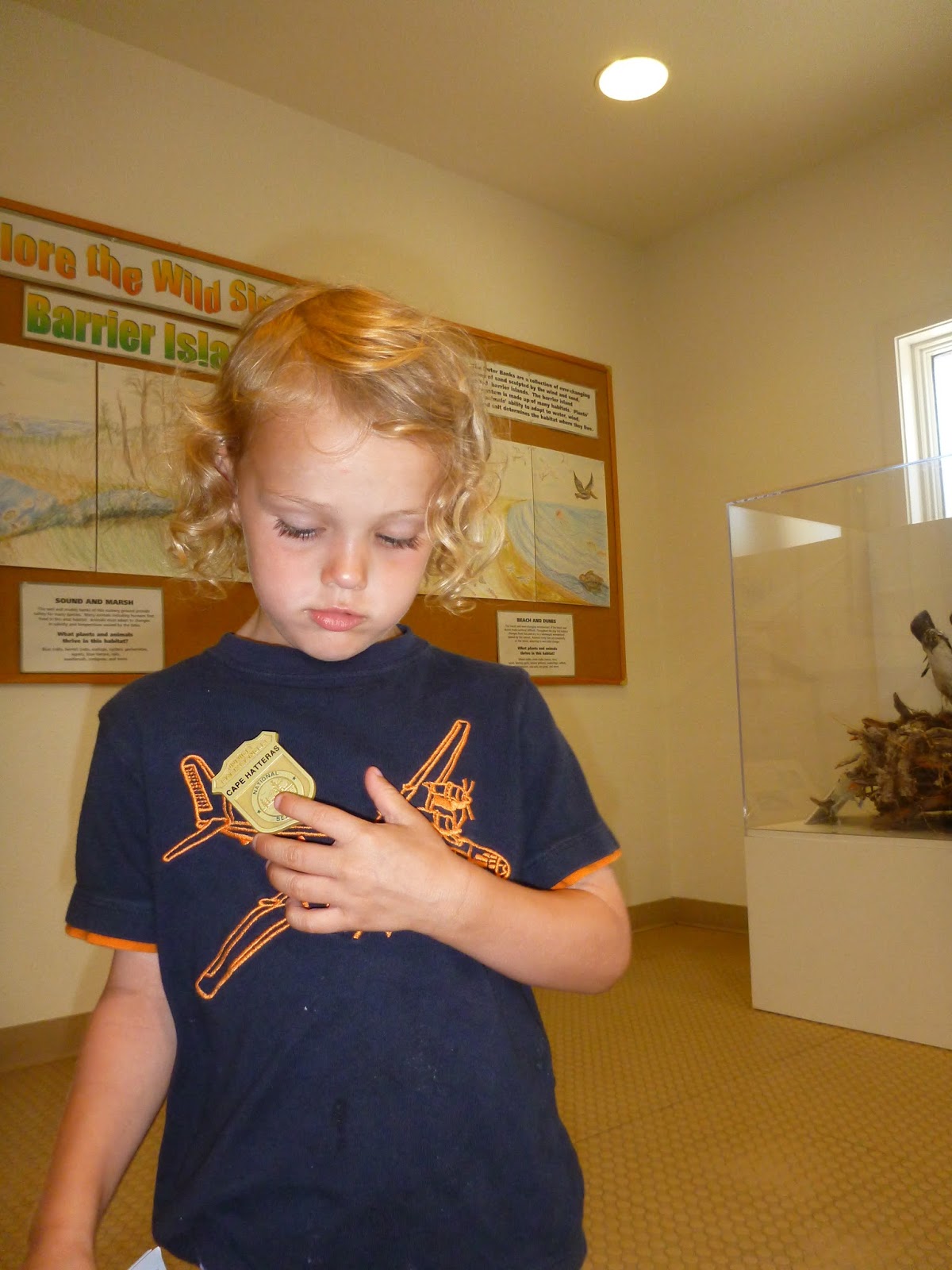 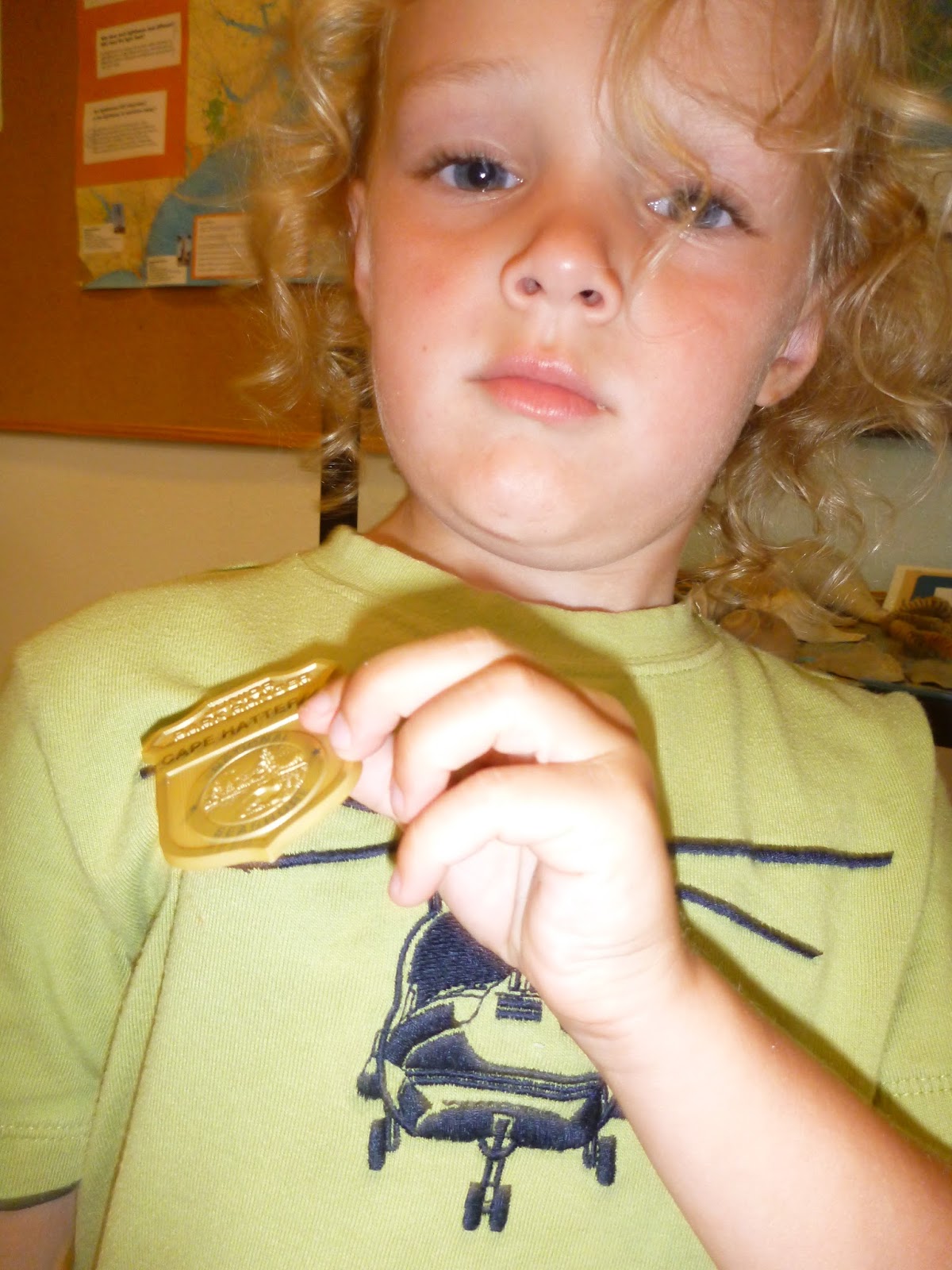 Buxton Munch: Don’t Judge a Book by Its Cover
What is the Journey About? Jeremy’s Feeling a Bit Sentimental…

A Long Day's Journey Into Night (and the fun that followed...)
Most Improved in Cutting: The Campers Create 'Art'
We've Got Our Mojo Workin' (and our campers are chillin')