Where I Part Ways with the New York Times… 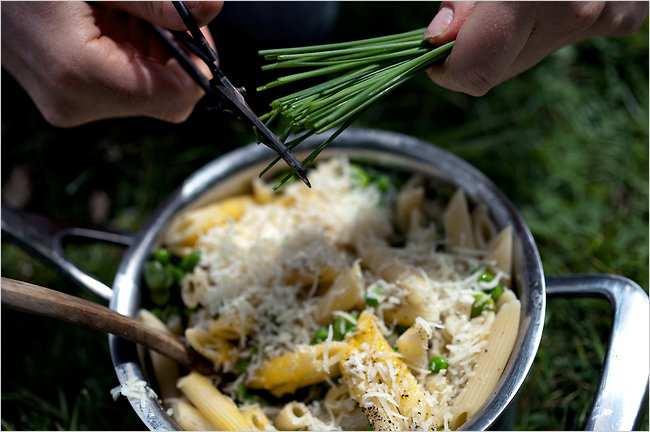 This article on camp cooking was published in the Times just days before we left for our Maine trip:
On the Road Again, and Cooking, Too.
I will admit that the smaller part of me was either chuckling or rolling my eyes the entire time I read it.

This article is definitely not for those who have little tykes running around while they are preparing camp food. And that’s okay. Not all articles have to be. But kids or no kids, you cannot call a recipe simple if the first step is shelling fava beans, boiling water, blanching fava beans, putting them in a cold water bath, then taking the skin off the peeled, blanched, and cooled fava beans.

I am not kidding you. This is all in the first step.

What really got my eyes turning somersaults in their sockets was the pictures: 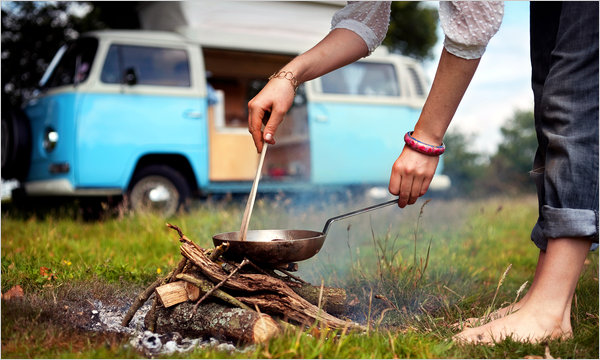 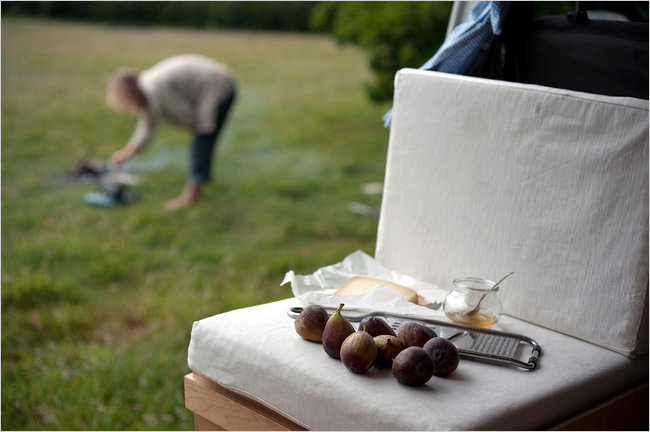 Is that a folding bar stool, or did they strap it to the roof using bungie cords on the way to the campground?

So enough of my jealous sniping at people who prepare figs on camping trips. Here is a little contrast for you. I was really, really proud of my new camp-cooking technique on our last trip and it didn’t involve blanching of any sort. In fact it didn’t involve much because I figured out that I could put everything into a crock-pot in the morning and dinner (Viola!) would be magically ready when we got home later that day.

I did beef stew with potatoes and a big loaf of sourdough bread one night and pulled pork sandwiches with homemade coleslaw on another night. Next week when we camp, I think I will do a white chili with tortilla chips and corn on the cob. Think of things that you do not need a recipe for and make those your camping crock-pot go-tos.

So would it be kind of nice to be chopping chives and drizzling honey over an open fire, a glass of wine in one hand and a wooden stirring spoon in the other, discussing a New York Times editorial using complete sentences and not stopping once to say, “You may not wrap the pool noodle around your brother’s neck?”

Yes, that would be nice.

But instead of nice, I have heaven and this is what it looks like: 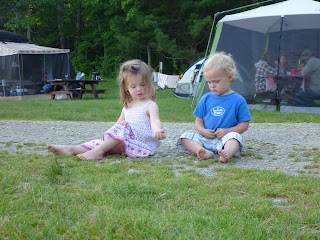 See those adults in the background eating beef stew while the kids play in the dirt? They are not worrying about tonight’s cleanup or tomorrow’s meals. Because they have the crock-pot. Score.

We looked at the swim and we jumped right in…(part two)
A State Park You Can Visit in a Dress: Owls Head, Maine